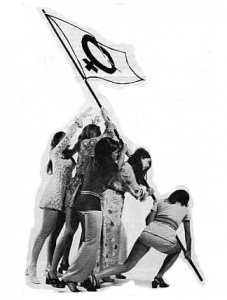 Carole DeSaram, a Veteran Feminist of America board member who is living history in the second wave of feminism on the front lines of the 1970s, will share her experiences on the modern women’s movement next week in St. Louis.

On Aug. 26, 1970 Desaram was a lead organizer for the Equality March in New York City attracting over 100,000 women and some men to march down Madison Avenue. That’s when the modern women’s movement became a national mass movement.

DeSaram also was the first New York state director of the National Organization of Women (NOW) and the driving force to end credit discrimination against single women in 1974.

For more information on the events, which are sponsored by Veteran Feminists of America, call Pam Ross at (314) 458-8702 or email her at pam@gbv.net