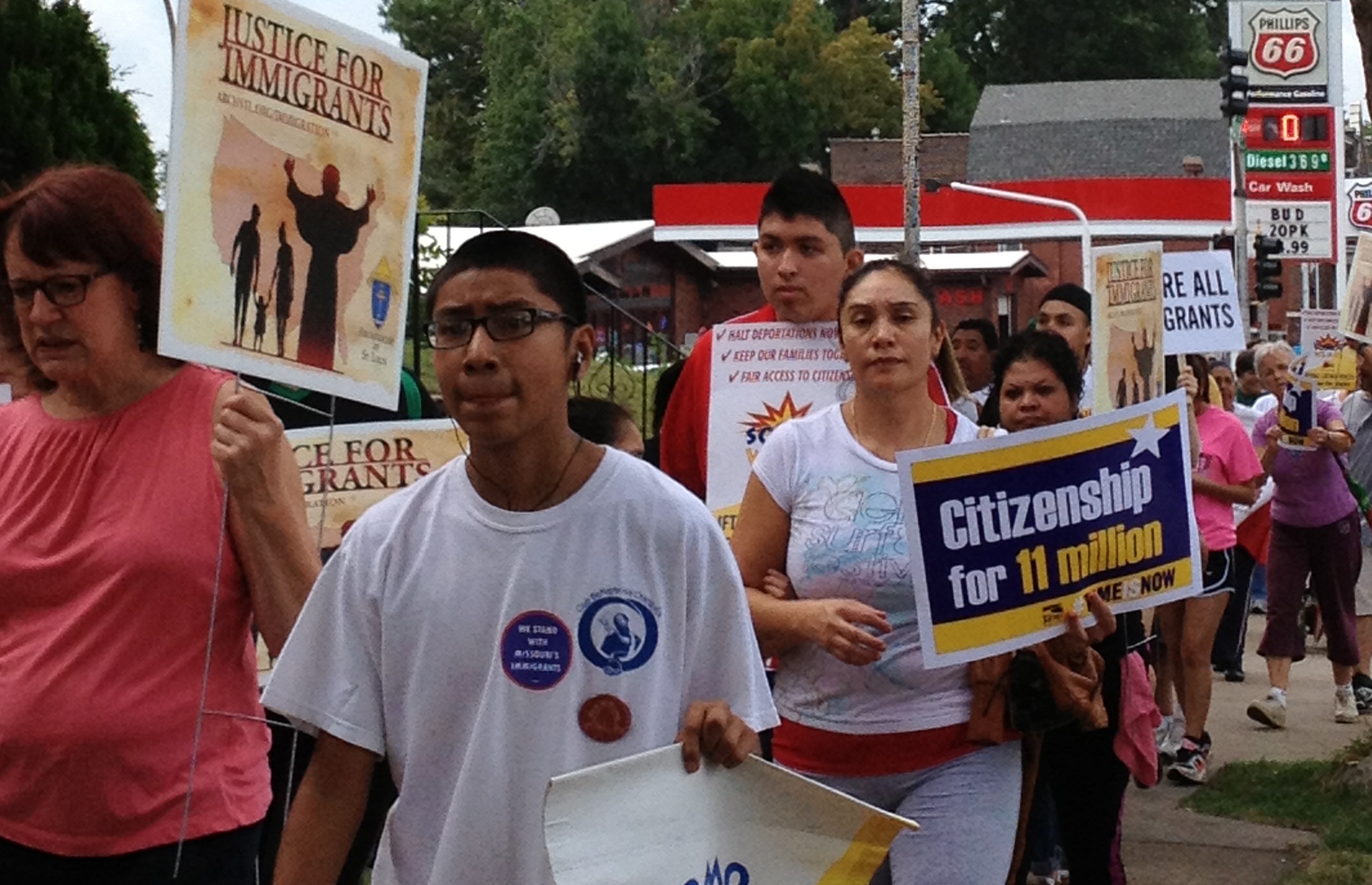 St. Louis – More than 150 immigrants and allies made a five-and-a-half mile pilgrimage  Oct. 5 from St. Cecilia Catholic Church in south St. Louis City to St. Alphonsus “Rock” Catholic Church in mid-town with the goal of returning immigration reform to the political forefront. At each stop along the march, members of church groups, unions and community organizations heard from interfaith witnesses lead by diverse immigrant communities. The march was one of 100 similar events held across the country. An immigration bill was introduced in the U.S. House of Representatives last week, and immigration advocates were planning a major rally in Washington on Tuesday.