The Missouri Legislature’s attempt to block the Grain Belt Express Transmission Line would endanger Missouri-based manufacturing work, and hundreds of millions of dollars in economic investment

Jefferson City, MO - The Missouri AFL-CIO has come out in strong opposition to legislation in the Missouri General Assembly aimed at preventing construction of the already approved Grain Belt Express transmission line.

The Grain Belt Express transmission project was unanimously approved by the Missouri Public Service Commission this spring. A thorough five-year review of the project by state regulators found that the transmission line would bring clean, affordable power to at least 39 Missouri communities, saving families and businesses $12.8 million annually for the next 20 years. 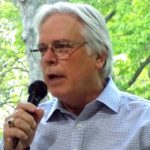 “It is rare for Missouri to see an economic development opportunity of this magnitude come along without the need for tax incentives, subsidies, or other costs to taxpayers. This project benefits local governments, businesses and residents, Organized Labor and Missouri’s manufacturing industry. It is wrong for the Missouri Legislature to block a $500 million investment in our energy infrastructure and state economy.”

Not only is the renewable energy project supported by Organized Labor and companies within the state’s manufacturing industry –– like Hubbell Power Systems which is set to provide manufacturing and logistics for the project –– but dozens of large corporations, including General Mills, Target, General Motors, Proctor & Gamble, Kellogg’s, PAR Electrical Contractors, Nestlè, ABB, Unilever, and Owens Corning, have voiced support for the project.

In addition, hundreds of thousands of Missourians who receive electricity from consumer-owned, local utilities, stand to lose over $12.8 million in cost-savings on their electricity bills if the project is halted.

In sum, the state would lose out on the opportunity for 1,500 new jobs, a $500 million investment in energy infrastructure, and hundreds of millions of dollars in gross domestic product and state tax revenues.