Robert “Bob” Butler, a worker-friendly Democrat running against incumbent State Representative Rob Vescovo (R-Arnold) for the District 112 seat, is challenging his opponent’s legal qualifications to remain on the November ballot.

Bulter has filed a lawsuit in the Jefferson County Circuit Court alleging that Vescovo is not qualified to appear on the ballot because he is delinquent in paying taxes. As stated in the declaration of candidacy, candidates for state representative cannot be delinquent in the payment of any state income tax or personal or property taxes on the place of residence.

"I find it troubling that Representative Vescovo signed a sworn statement that he had no outstanding taxes,” Butler said. “He clearly knew this was not true."

Vescovo, who was first elected to the seat in 2014, has shown a very clear record of voting against working families and Organized Labor since he has taken office. Most recently, he accepted a $50,000 campaign donation from anti-union David Humphreys, CEO of TAMKO Building Products in Joplin, Mo.

According to Missouri Case.net, there are 16 judgments against businesses owned by Vescovo – all cases brought by the Missouri Department of Revenue, the Division of Employment Security and the Collector of Revenue for Jefferson County.

When the lawsuit was filed on Aug. 19, eight of those judgments – totaling $5,785.30 – had not been satisfied. Two additional suits for delinquent taxes were filed by the Jefferson County Collectors Office for delinquent business taxes, but the cases were settled and dismissed prior to a judgment being entered.

"Representative Vescovo talks about ending waste and fraud in Jefferson City, but manipulates the court system wasting taxpayers' money by requiring the state and local governments to repeatedly bring legal action forcing him to pay what he legally owes,” Butler said.

“This pattern of ignoring his civic responsibility continues in that judgments have been entered against him as recently as May 20, 2016,” he said. “Additionally, the Jefferson County Collector of Revenue confirms his business personal property taxes owed for 2015 have not yet been paid." 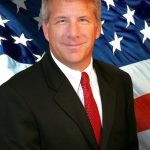 Bulter added "This situation also creates a serious conflict of interest for my opponent who votes on matters involving state and local agencies to whom he owes these court judgments.”

Matt Vianello, Butler’s attorney said, "We will be providing the court with judgments and publicly available records showing that Representative Vescovo is delinquent in paying his taxes. We believe these records will prove that he is not qualified to remain on the ballot."

On Aug. 24, Vescovo’s attorney filed a motion to dismiss the case. The following day, Butler was notified that all of the judges in the Jefferson County Circuit Court system recused themselves from hearing the case. It has since been submitted to the Missouri Supreme Court to be reassigned to a different circuit court.

Time and time again, Vescovo has shown his disdain for organized labor and working families. He consistently voted for right-to-work legislation last year, filed bills several anti-worker bills this past session and voted in favor of the paycheck deception bill, which was vetoed by Gov. Jay Nixon and eventually died in the Senate.

In December, Vescovo verbally confronted union members from Laborers’ Local 110 and Bricklayers Local 1 during a picket at Bobcat of St. Louis in Valley Park. Vescovo’s district covers portions of Arnold, Barnhart and High Ridge. It is unclear how the state representative learned of the Valley Park picket or why he was there.

Butler, of Barhart, is a workers compensation attorney and founded the Jeff Co Dems Club to help rebuild and strengthen the Democratic Party in Jefferson County following the 2014 elections. He announced his intention to run for the District 112 House seat in June 2015 and officially filed for office in February.

For more information on Butler or to contribute to his campaign, visit butler4thehouse.com.