Home Labor News From Our Region Anti-worker, tax delinquent state representative to remain on ballot based on technicality

Despite owing almost $5,800 in taxes on businesses he’s owned, anti-worker Representative Rob Vescovo (R-Arnold) will remain on the November ballot in the District 112 race.

Last month, Robert “Bob” Butler, a worker-friendly Democrat challenging Vescovo for the seat, filed a lawsuit alleging that Vescovo was not qualified to appear on the ballot because he is delinquent in paying taxes. Per state statute, candidates cannot be delinquent in the payment of any state income tax or personal or property taxes on the place of residence.

According to Missouri Case.net, there are 16 judgments against businesses owned by Vescovo – all cases brought by the Missouri Department of Revenue, the Division of Employment Security and the Collector of Revenue for Jefferson County. To date, eight of those judgments – totaling $5,785.30 – have not been satisfied.

On Sept. 16, a Dent County judge ruled that Vescovo was not responsible for the taxes in a “personal capacity” and therefore could remain on the ballot. The lawsuit was originally filed in Jefferson County, but all of the judges there recused themselves from hearing the case. The Missouri Supreme Court reassigned the case to Dent County.

“Vescovo admitted on the stand that he was the sole owner of the businesses and personally responsible for the financial decisions,” Butler said. “But the judge couldn’t say he was on the hook for the taxes in a personal capacity because of a technical issue.”

Because of that technicality, Vescovo was able to obtain tax clearance letters from Jefferson County and the Missouri Department of Revenue.

“Now the voters will get to be the judge on whether someone with such shabby business practices and lack of personal financial responsibility is the best person to watch over the tax dollars all the rest of us pay,” Butler said.

Vescovo, who was first elected to the seat in 2014, has shown a very clear record of voting against working families and Organized Labor since taking office. To date, he has accepted $100,000 in campaign donations from anti-union “right-to-work” proponent David Humphreys, CEO of TAMKO Building Products in Joplin, Mo. 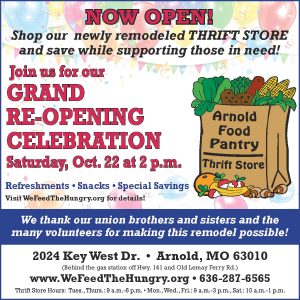 Additionally, Vescovo consistently voted for so-called “right-to-work” legislation last year, filed several anti-worker bills this past session and voted in favor of the paycheck deception bill, which was vetoed by Gov. Jay Nixon and eventually died in the Senate.

In December, Vescovo verbally confronted union members from Laborers’ Local 110 and Bricklayers Local 1 during a picket at Bobcat of St. Louis in Valley Park. Vescovo’s district covers portions of Arnold, Barnhart and High Ridge. It is unclear how the state representative learned of the Valley Park picket or why he was there.

Butler, of Barnhart, is a workers compensation attorney and founded the Jeff Co Dems Club to help rebuild and strengthen the Democratic Party in Jefferson County following the 2014 elections. He announced his intention to run for the District 112 House seat in June 2015 and officially filed for office in February.

Butler has long been known as a friend of working families. He is strongly opposed to so-called “right-to-work” legislation that would hurt working families and vows to protect Missouri’s prevailing wage laws.

For more information on Butler or to contribute to his campaign, visit butler4thehouse.com.