Union-hating millionaire David Humphreys, owner and CEO of TAMKO Building Products, is funding a massive and misleading campaign to advance anti-worker policies like so-called “right-to-work,” which would reduce wages and benefits for middle class families.

Humphreys and his Committee for Accountable Government in Missouri PAC have already raised more than $1.75 million to fund attack ads – like anti-union radio and TV campaign launched in early April urging union members to decertify their union – and defeat Republican and Democratic pro-working family candidates.

The media campaign is sponsored by a phony front group calling itself the “Committee for Accountable Government in Missouri.” It is funded by Humphreys and fronted by spokesman Brandon Moody, an employee of Axiom Strategies, the infamous agency of Jeff Roe, considered a master of dirty politics for the Republican National Committee and many Republican campaigns.

Protect MO Families is calling for a boycott of Humphreys TAMKO Building Products to show we don’t support businesses whose CEOs attack workers!

Show your support for middle class families by adding your name at boycotttamko.com, then ask others to do the same!

Over the past few years, Humphreys has donated over $5 million to Republican candidates and causes, including an effort to force politics into the Missouri Non-Partisan Court Plan by trying to have judges elected rather than first reviewed by their peers, who then send three recommendations to the Governor for the final appointment. The Missouri plan has been adopted by states across the U.S. as the most feasible approach to finding qualified justices.

Last month Humphreys donated $250,000 to fellow union hater Lt. Gov. Peter Kinder, one of four Republicans running for governor. His sister, Sarah Atkins, a consultant at TAMKO, gave another $250,000. Those donations nearly double Kinder’s campaign war chest, as he only reported having $624,000 cash on hand in April. 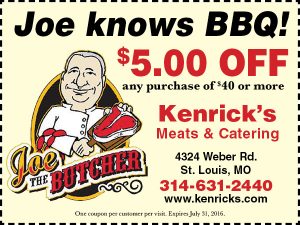 The siblings each gave $125,000 to lieutenant governor candidate Bev Randles.

Humphreys and Atkins also gave $250,000 each to the Committee for Accountable Government, which has recently given to Republican House members.

Humphreys has spent about $2.3 million this year. Atkins has given $1.2 million.