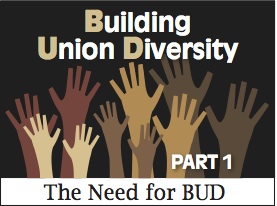 In the hometown of Budweiser, there’s a new BUD in town.

The St. Louis Building & Construction Trades Council is spearheading the program. As the concept was gelling, Council Executive Secretary-Treasurer Jeff Aboussie invited the Carpenters’ District Council to join the effort. They did.

BUD — Building Union Diversity — is an outgrowth of the continuing efforts of both councils to make the St. Louis construction industry the finest, most inclusive industry in America. In the process, they are creating a unique showcase for how labor, management, community groups, faith organizations and local government can work together to ensure all citizens have equal opportunity in the construction trades.

To refine the original concept, Aboussie invited Dr. Keane’s MBA class to review the effort and explore similar efforts across the country to determine what worked, what didn’t work in other diversity attempts. Breaking into groups, over the course of their semester the class studied various aspects of the problem. With the aid of their results, the concept was refined and final plan gelled.

In fact, it was the Dr. Keane that came up with the BUD acronym – Building Union Diversity. Additionally, he reached out to SLATE (St. Louis Agency on Training & Employment) to help get their input into the BUD concept.

For non-union firms, “quality” has never been a key byword. They operate on more of a low-bid-get-the-job-at-any-cost business model.

Too often, a union contractor has to come behind these non-union firms to fix the myriad of problems they created.

Second, to ensure that minority workers and women see construction as a long-term career, creating an amply supply of skilled minorities and women in the unions to meet current and future contractor needs.

Third, to create a cultural change within the industry that ensures all the industry players accept the fact that diversity is not simply making sure minorities and women are on “a job” to fill a single project quota, but rather accepts inclusion as the normal course of doing business, and should be, on every construction project.

For example, in St. Louis city, that goal is 25 percent minorities and 5 percent women. A new city director also requires a percentage of the workforce come from a given ZIP code too. 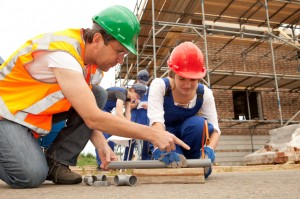 While goals are admirable, there are a host of issues that have hindered efforts to create a true inclusion system that works, that creates real, long-term construction careers and futures for minorities and women rather than simply, temporarily, putting bodies on a specific job to meet an arbitrary numbers goal for that project.

• First, finding qualified minority and women workers who are truly willing to make the construction industry their career;

• Second, training them to be productive on the job so the owners’ and taxpayers’ monies are being used wisely, ensuring a quality built, on budget, building;

• Third, ensuring the rush to inclusion does not displace existing journeymen and apprentices who have been out of work for an extended time;

• Fourth, realizing that a severely strained economy slowly coming out of a recession is not producing new construction jobs at a pace needed to absorb the existing trained workforce and allow for training of new apprentices, regardless of whether or not they are considered a minority.

BLEMISHED PAST IS GONE

In the past, programs designed to “train” women and minorities to meet community goals have often been little more than a funding spigot for some groups purporting to do training but in reality, turned out few qualified people who could neither produce on the job or qualify for joint labor-management apprenticeship programs.

The simple truth is that it’s these jointly-sponsored apprenticeship programs that turn out the best-trained apprentices, who then become productive career workers. 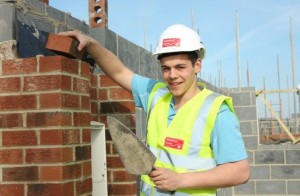 These jointly-trusted funds spend approximately $35 million every year to fund journeymen upgrade programs and apprenticeship training – which includes both the Building Trades Council’s affiliates and approximately $4 million spent by the Carpenters’ District Council’s.

Those funds come from the workers’ paychecks on every hour worked and from union contractors who have been willing to pay the wages that allow the training funds to accumulate.

Despite the fact that it is companies and not unions that do the hiring, unions have been unfairly pegged as the reason for the lack of minority participation.

Aboussie admits that in generations past, that was a factor since being a building tradesman was a generational issue: fathers passing on their trade to their sons through the union apprenticeship programs which were indeed quite exclusive.

“Today, and for the past decade, that’s not been the case,” Aboussie stressed. “New leadership in our unions and the demands of the workplace changed all that. Our apprenticeship programs are open to all, regardless, but the real problem has been getting qualified young women and minority men and women wanting to come into the trade to make construction a career.”

Although hard, demanding and sometimes dangerous, it is a career that’s in demand.

The U.S. Bureau of Labor Statistics on Occupational Outlook predicts the construction industry will require approximately 1.7 million new workers by the year 2020 as the workforce ages and many construction workers retire. 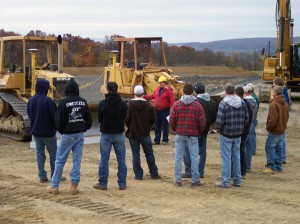 That’s where BUD – a comprehensive pre-apprenticeship recruitment and training program like none that’s been tried or contemplated – will play a critical role.

Although still in its formative stages, BUD has all the basics in place to play an essential role in helping find and train qualified young minorities and women willing to make the construction trades a career.

Since the concept began to take shape late last year, both men have been working relentlessly to obtain buy-in from the unions (including unions that are affiliated with the Building Trades Council), minority coalitions, faith leaders, and community and business leaders.

Consequently, they recruited Dr. John Gaal, director of Training & Workforce Development with the Carpenters’ District Council of St. Louis. Gaal served on the successful MoDOT I-64 workforce inclusion project several years ago. They have had dozens of meetings to explain how the program will work, seek input from stakeholders and most importantly, listen.

To a degree few thought possible when they began, they have been successful.

BUD operates on an honest premise: being a building trades worker sounds great. The money and benefits are good, but it’s hard work, requiring a basic education to succeed.

In the past, disadvantaged young people and some women have found the challenge too overwhelming, and dropped out.

BUD hopes to turn that around.

“We need to get the key players — buyers of construction, contractors, local governments and workers — into a new mindset that diversity is not just for one job here, one job there, it’s for every project throughout the industry, period.

“We understand that cultural change can’t happen overnight,” Aboussie said. “But we’re taking the first step. We need to have all the players committed, and we’re working on convincing them that this is the right way – the only way – to make diversity, real diversity, a reality.”

Aboussie has no misconceptions about how hard it will be. Change always is.

“It’s going to take time, everyone is going to have to want to make it happen,” Aboussie said. “It will be difficult, but if we do it now, the next generation will accept it as the norm. That’s our long-term goal.”