Home Elections Campaigning at a COVID-19 distance is a challenge

Candidates are getting creative to reach voters during the pandemic

The General Election, the big one, is just weeks away.

With the coronavirus running rampant and social distancing in place, candidates are having to get creative to get the word out about how they plan to help working families.

Bill Otto, candidate for Missouri state representative in 65th District in St. Charles County, wanted to go door-to-door to talk with voters, but those face-to-face moments aren’t safe this year.

So Otto and other candidates are campaigning in different ways – online, on the phone, or just waving signs on the side of the road.

FROM HANDSHAKES TO MOUSE CLICKS
“This is what a fundraiser looks like nowadays,” Otto said, sitting in front of his laptop in a suit and tie. “Talking to supporters on Zoom is nice, but I do miss the energy from a full room.”

His initial Zoom meeting brought in 24 participants, not a bad number, he thought, for the first time.

“I’ve gone from wearing out shoes to wearing out desk chairs,” Otto said. “We’ve been putting up signs, and once in a while someone will see us and strike up a conversation, but I never go to someone’s home unannounced.”

Instead, he and other candidates, are sending emails and text messages, making phone calls. Otto, who previously served as a state representative, made a bid for the U.S. Congress in 2016, but as a Democrat that was not his year. The upside is that he has a fairly large database of supporters he can reach out to.

Voters are engaged, he said, regardless of the circumstances.

“I walked down the street with a Biden sign the other day and got stopped three times by people who wanted a sign,” he said.

Otto recently hosted a “Wave In,” at the corner of Hwy. 94 and Hwy. 70 – standing spaced apart on the sidewalk with his supporters, holding campaign signs and waving at motorists.

“It was fun – during rush hour,” Otto said. “I don’t know how much of an effect it had on voters, but at least they’re seeing my name and my supporters.”

He recently held a socially distanced meet-and-greet in a local park with state House candidate Jessica DeVoto, from District 104.

“I’ve gotten a lot of help from local volunteers who have helped with lit drops,” Orr said.  “Zoom meetings with organizations such as Moms Demand Action and the League of Women Voters have also helped get my message out.”

Phone banking and mailings will start next week, he said.

“I have found while doing lit drops, voters are desperate to talk politics and have some human interaction, even when you’re trying to keep your distance,” he said.

Schupp spoke to the group through a portable speaker system in the back of a pickup truck.

“I think all campaigns are trying to tackle the issue of voter outreach and meeting new people,” Schupp said. “I don’t think we’re tapped out on creative ideas, and as new situations approach we all adapt quickly. Without the opportunity to knock on doors or host large campaign rallies, gauging constituent support can, however, be challenging.”

LABOR CLUBS HELPING WITH LIT DROPS
Fred Searcy, minority organizer for Plumbers and Pipefitters Local 562 and president of the North County Labor Club, says the club has not held an in-person meeting since March when the coronavirus hit, which has made it hard for Labor-friendly candidates to reach union voters, and to get help with their campaigns

“I’ve been contacting the candidates and they’ve been contacting us, but the majority are looking for campaign funds,” Searcy said. “Our club members are ready to help with lit drops, but we haven’t gotten too many requests. When I do, I put it on our website.”

DIFFERENT THAN ANY OTHER ELECTION
Steve Bailey, president of the Tri-County Labor Club says they have been doing lit drops, but overall, it’s a much different political season than any other.

“We’re not doing too much, and without having meetings, not much has come up,” Bailey said. “Nobody has really come out and said they need help, but our members will put up signs and do lit drops if needed.”

Morton Todd, a retired member of Plumbers and Pipefitters Local 562 and President of the St. Charles County Democratic Central Committee, and Brian Stiens, retired member of Glazers 513, have been delivering signs to those who want them.

“Normally, I enjoy the canvassing and door knocking,” Stiens said, “but this cycle, everything has changed.”. 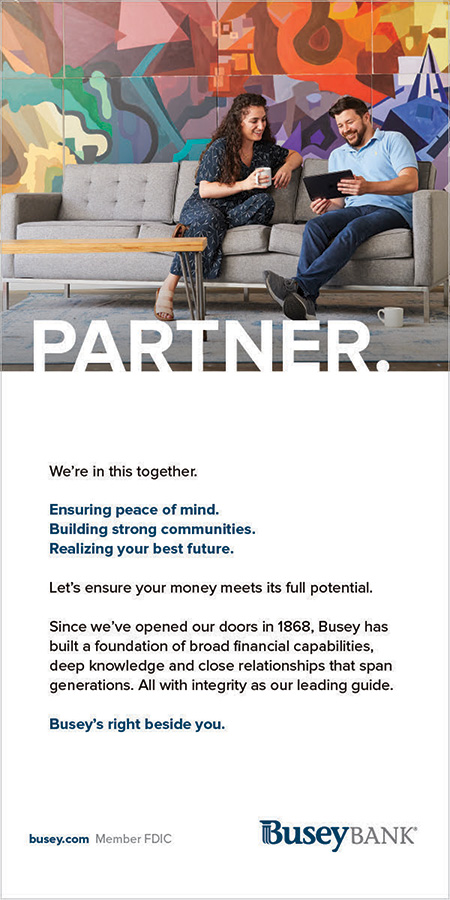