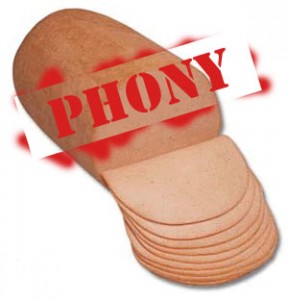 As the Missouri Legislature grapples with extremist Republicans’ efforts to impose a so-called right-to-work (RTW)/freedom-to-work/workplace freedom law on Missouri workers, a similar effort died in Kentucky several weeks ago as reported in the Labor Tribune March 20.

The reason: Kentucky lawmakers were presented with a host of facts that cut through the baloney being served up by RTW supporters and finally listened to FACTS presented to them by the Kentucky AFL-CIO.

Key to their presentation, President Bill Londrigan told the Labor Tribune, was exposing what happened in Oklahoma since it passed a RTW law in 2001.

His powerful presentation was backed up by a far-reaching detailed research report from the Economic Policy Institute (EPI) to prove to Kentucky lawmakers that the promises made by the politicians in other states to pass the phony law were not true and that the premises of the law were phony baloney.

THE FACTS, NOT BALONEY

The Labor Tribune obtained a copy of the report. Here are its startling conclusions about what happened in Oklahoma since it embraced RTW in 2001:

• Manufacturing jobs decreased: In the decade following RTW, manufacturing employment declined sharply and has never regained its pre-right-to-work level. Oklahoma ended the decade with 123,000 residents employed in manufacturing, nearly 50,000 less than when the law was voted in.

• Unemployment increased: In 2000, Oklahoma’s unemployment rate was just above three percent; by the end of 2010 it stood at 6.86 percent (see chart).

• Jobs decreased: In the decade preceding RTW Oklahoma created an average of nearly 6,500 new jobs each year. In the 10 years since RTW the average number of new jobs has been one-third lower – 4,244.

The report notes that following RTW’s implementation, more than 100 companies closed and took their jobs with them, including GM (2,400 jobs lost), Bridgestone/Firestone (1,400 jobs gone) and Nautilus Corp (150 jobs lost). All three companies moved their plants overseas.

By doing so, the report notes, “…the core strategy of RTW – lowering wages and workplace regulation in order to attract out-of-state manufacturers – appears to be increasingly impotent in the face of the global economy.”

• No matter what measure one uses, there is simply no evidence that RTW has increased job opportunities for Oklahomans.

• As states look to attract and retain employers…there is hard statistical evidence …that so-called “right-to-work” laws have no role to play. In fact, a survey of site selection consultants’ shows that a RTW law is not even in the top 10 reasons companies use in making location decisions.

In a final conclusion that fits Missouri’s legislators’ efforts to foist the phony job-creation myth to justify their actions, the report provides solid advice to our lawmakers:

“…having reviewed the track record of the state with the most recent and best-documented experience, it seems clear that legislators would do better to focus their energy in other, more productive, policy directions.”