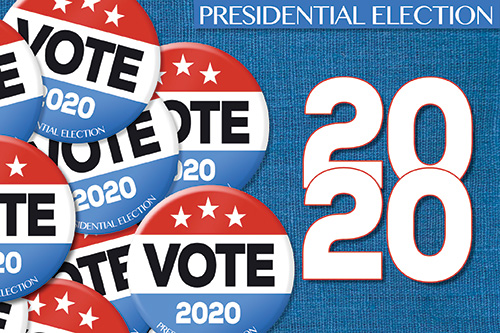 All said they supported pro-worker and pro-building trades causes, recognizing that the delegates at the conference represent some three million union members, many of whom will vote in next year’s presidential primaries and caucuses.

INFRASTRUCTURE SPENDING
Overriding the specifics was the fact that tens of thousands of construction workers in 2016 voted for Republican nominee Donald Trump, especially in the key Great Lakes states of Michigan, Wisconsin, Ohio and Pennsylvania, where his narrow popular vote wins gave him Electoral College victory.

Several hopefuls acknowledged it, reminding the delegates Trump had broken his key promise to the building trades: A comprehensive plan to rebuild the nation’s crumbling roads, bridges, railroads, airports and other infrastructure.

Trump has yet to send a plan to Congress. Warren said Trump is lying when he talks about a $1 trillion plan for infrastructure. Trump’s talking points produce only a $200 million plan, she said.

PROJECT LABOR AGREEMENTS
All the hopefuls endorsed Project Labor Agreements, where unions and contractors agree on union representation for workers in return for a set of work rules and grievance procedures to cover problems on the job. PLAs also set specific budgets for the projects.

PREVAILING WAGE
Another cause for which the candidates all expressed support, and which the union members in attendance took to their members of Congress, is preserving the Davis-Bacon Act and its requirement that contractors pay prevailing wages on federally funded construction.

Cut-rate contractors and their GOP allies have campaigned for years to eliminate Davis-Bacon, thus driving workers’ wages down.
The leadoff speaker, former Colorado Gov. John Hickenlooper, set the tone by declaring that “as president, any attempt to eliminate prevailing wage or Davis-Bacon will meet my veto pen.”

“We must rebuild our infrastructure with the strong protections of union labor, of the prevailing wage and of Davis-Bacon,” added Minnesota Sen. Klobuchar, whose father was a Minnesota Newspaper Guild member and whose mother, an American Federation of Teachers member, walked picket lines in the 1951 Twin Cities teachers strike.

WHAT NEEDS REBUILDING
Harris got very specific on infrastructure, rattling off statistics on what needs rebuilding: 32 percent of urban streets, 14 percent of rural roads, one million miles of water pipes “that have been in use for 100 years or more,” and one of every nine bridges, among other needs.
“You look at our roads and bridges, and all the potholes, and workers’ tires go flat. Anybody tried to buy tires lately?” she asked, to laughter. “These things are all related.”

And Booker, now a senator, reminded the crowd that, when he was Newark’s mayor, he pushed through New Jersey’s first municipal prevailing wage ordinance.

Even fewer – Warren, Harris and Klobuchar – vigorously endorsed repeal of the 72-year-old federal provision to let states enact so-called “right-to-work” laws, which bar union represented businesses from negotiating labor contracts that assure workers will either pay dues or a smaller “fair share” fee to cover the union’s cost of bargaining and representation.

Another hopeful, former Virginia Gov. McAuliffe, reminded the crowd he campaigned hard against two right-wing attempts to write RTW into the state constitution. Both lost. RTW laws let workers take union services without paying one red cent for them and they’re a favorite cause of big business and the radical right.