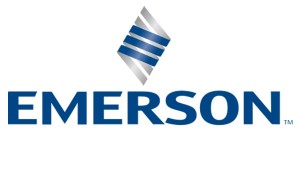 Emerson is a manufacturing and technology company, employing more than 131,000 people, and has annual revenue of nearly $25 billion.

The company has faced pressure from shareholders for several years over its relationship with ALEC.

Emerson apparently stopped funding ALEC some time ago, but kept quiet about it until now, when other large corporations like Google and Microsoft are distancing themselves from the conservative bill-mill.

ALEC has been plagued by controversy since 2011 when the Center for Media and Democracy (CMD) launched the ALEC Exposed project, revealing the role of the organization in promoting disenfranchising voter ID laws, lax gun laws and a raft of legislation designed to increase corporate profits by privatizing services and eliminating regulations. 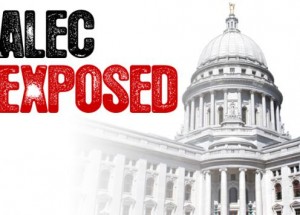 Most recently, ALEC has been exposed for teaching climate change denial at its conferences with state legislators.

“Funded by some of the largest coal, oil and gas companies, including Koch Industries, ExxonMobil and Peabody Energy, ALEC has long opposed action to tackle climate change, blocked efforts for any kind of limit on carbon pollution and opposed the development of renewable energy,” CMD reported. ALEC Teaches Climate Change Denial

In August, CMD obtained and released documents from the ALEC Annual Meeting in Dallas Texas, where legislators were told during a presentation from famed climate change denier Joe Bast of the Heartland Institute, that “there is no scientific consensus on the human role in climate change” and “there is no need to reduce carbon dioxide emissions and no point in attempting to do so.”

Heartland is best known for a billboard campaign which compared those that believe in climate change with terrorists such as the Unabomber, Ted Kaczynski.

At the same meeting, legislators were provided with talking points to take back to their states, touting the supposed benefits of increased CO2 and denying carbon dioxide is a major pollutant causing climate change.

In September, Google Executive Chairman Eric Schmidt went on NPR’s Diane Rehm show. Following a question from a caller about ALEC, Schmidt admitted that Google had made a mistake in providing ALEC with funding because of its position on climate change and its opposition to renewable energy.

“We should not be aligned with such people,” Schmidt said. “They are just literally lying.”