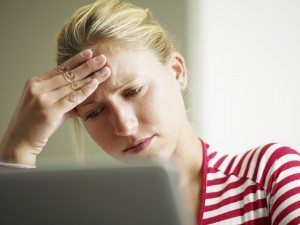 San Francisco – A federal court decision here last week could have national implications for wages paid to workers hired to do specific tasks over the Internet. However, the ruling could also have long-term implications on the hourly wages of workers’ in an office or plant whose tasks could be moved on-line.

“If a repetitive task now performed in an office (say bookkeeping FOR $15 an hour) or in a plant (where machine monitoring the process is paying $15 or more an hour), those jobs could be shifted to on-line workers who are paid a lot less, destroying a lot of jobs,” said attorney Mark Potashnick of Weinhaus & Potashnick in St. Louis, one of the attorneys representing the plaintiffs.

“I see this as the newest effort to evade paying the minimum wage,” Potashnick told the Labor Tribune in an exclusive interview.

In a lawsuit filed by Potashnick and co-counsel firms in Pittsburgh and Los Angeles, U.S. District Judge Jon S. Tiger ruled that there was enough evidence in the case already for the case to proceed as a collective action and plaintiffs may disseminate a court-approved notice and the opportunity to join the suit to potentially millions of on-line workers. 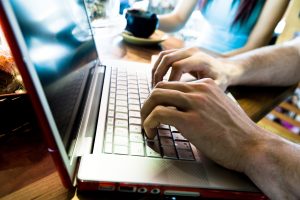 This is the first step in the legal process to win justice and fair wages for on-line workers and potentially stall the loss of millions of jobs for other workers whose tasks are not performed on line but could be.

The employer, CrowdFlower, Inc., is paying only $2 to $3 an hour to Internet workers for gathering valuable information for CrowdFlower customers. The workers are classified as “independent contractors” who are not subject to state or federal minimum wage laws.

IMPACT ON ALL HOURLY WAGES

“If the defense is ultimately successful in winning this case, it will have a profound impact on America’s wages in any job that can be moved from a permanent facility to on-line,” Potashnick said.

“At that point, America’s hourly wage structure is in jeopardy because so many tasks could be put on the Internet and tens of thousands, perhaps millions, of workers could lose their jobs or be forced to do on-line work for a lot less than they are now earning.”

Crowdsourcing started as a way for entrepreneurs to raise money over the Internet for projects or start-up businesses that could not get traditional bank funding. However, companies are now using the concept to hire workers — calling them independent contractors — over the Internet to do projects. Without protection of a federal, state or municipal minimum wage law, those companies would be free to pay as little as they can if they find people who are willing to accept.

The judge ordered CrowdFlower to turn over the emails and other contact information they have on the workers to the plaintiff attorneys so that workers doing similar work for CrowdFlower can be invited to join a collective action lawsuit under the Fair Labor Standards Act that could end up with a federal court decision that such workers are entitled to be paid the federal minimum wage, and entitled to recover unpaid minimum wages for work previously performed plus damages.

Unlike a class-action lawsuit where everyone involved in a similar situation is automatically considered part of the lawsuit but has the right to opt-out, a collective action suit requires that affected persons opt-in to become part of the challenge.

If this lawsuit is successful, CrowdFlower would be required to pay back wages amounting to the difference somewhere between the $7.25 federal minimum wage and whatever they had been paid.

The case could establish a precedent that would require other Internet employers to pay at least the federal minimum wage. If that happens, the incentive to move jobs from site-specific companies to on-line would be severely dampened.

CrowdFlower is believed to be the largest Internet employer in the world, with about four million workers worldwide who perform a variety of tasks such as verifying business listings for sales calls.

In a sworn declaration filed with the court, CrowdFlower’s Chief Technology Officer stated: “[b]ased upon my preliminary review of the available data, I estimate that the total number of potential class members could exceed 4,000,000…”  More than 60 percent of their on-line workers live in the United States.  Its work has been compared by one of their executives to “a digital automotive assembly line.”

Defending the case is Littler Mendelson the largest employment defense firm in the world. They have just lost round one. But it is only round one.