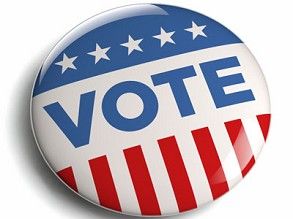 Election day is April 7, and union members have a choice – they can sit back and let the St. Louis County Council go the way of the State Legislature, or they can stand up for working families by getting out and voting.

Kevin O’Leary, the COPE endorsed candidate in three-way race April 7 to fill the 6th District seat vacated by the election of County Executive Steve Stenger, is opposed to so-called right-to-work and would work to bring more jobs to St. Louis County.

O’Leary, who started O’Leary’s Pub & Grill with friend and actor John Goodman, was raised in a hard-working union family. His uncle, Bob O’Leary, was a business representative for IBEW Local 1.

“I get what you do, and I’ll fight for you.” O’Leary told about 200 union members who turned out for a joint meeting of the Rockwood and South County Labor Clubs in South

County last week. Many of those in attendance were volunteers, going door-to-door and placing yard signs for O’Leary.

“You’ve worked hard for me,” O’Leary said. “And I’m going to give it back and work hard for you.”

Most of the 6th District is unincorporated south St. Louis County.

“Our middle-class families are more burdened than ever before,” O’Leary said. “It is wrong to advance policies benefiting overpaid, golden-parachute, corporate executives over and against the bargaining power of working families.”

O’Leary said he opposes state-level proposals to use sales taxes as a replacement for declining state revenues from other sources.

“Sales taxes are regressive taxes that disproportionately favor the wealthy and super-wealthy who can meet their basic needs for goods and services much easier, leaving the bulk of their income untaxed by the state,” O’Leary said.

IMPORTANCE OF
THIS ELECTION

Stenger, who made a special trip to attend the Labor club meeting, said O’Leary’s 6th District race is vital in maintaining a strong voice for working families on the County Council.

“For a number of years, we have had a County Council that’s pro-worker,” Stenger said. “With this election, that’s in jeopardy, because the guy running against Kevin is extremely far right and he is absolutely against unions.”

With the balance of the County Council in jeopardy, Rockwood Labor Club President Marty McClimens, a member of Plumbers and Pipefitters Local 562, said, “On April 7, the most important election Labor has is that County Council 6th District seat.”

“If you let up and quit, you always lose,” Aboussie said. “If Kevin is successful, it will prove again that if Labor votes, we win. We saw it in the primary, and we saw it in the general election.

“The only way we can support Steve Stenger’s agenda is if we have a strong County Council that works well together.”