Hazelwood, MO – The Ryan Griffin Memorial Foundation has again made its mark on our community with the contribution of a super sleuth of hairy proportions that became the most recent K-9 officer with the Hazelwood Police Department (HPD).

At the city’s monthly meeting on Jan. 6, Hazelwood Mayor Matt Robinson, a member Sprinkler Fitters Local 268, presided over the presentation of a check to the K-9 Unit for $9,500 from the Ryan Griffin Memorial Foundation, a fund established by former Laborers Local 42 Organizer Rick Griffin and family to memorialize their son and brother who died from a drug overdose eight years ago.

K-9 Team Officer Brian Hale, an executive board member of the Local 42 Law Enforcement Division, said he knew the department would need a new K-9 as his current dog was nearing retirement. When the dog died unexpectedly, Hale appealed to Pittsburgh Steelers’ Ben Roethlisberger Foundation­ —a non-profit organization that supports police and fire departments throughout the U.S. with a particular emphasis on support for K-9 units and service dogs.

The new K-9, Officer Freddy, is now on the road and learning more about beating the bad guys. Hale said Freddy will be a multi-purpose assistant certified in narcotics detection, Tracking and suspect apprehension and more.

“These dogs are so special,” Hale said. “My last dog apprehended massive amounts of funds and drugs, and we were very close. Freddy will be my partner; my close companion. I’ll spend all day working with him and then comes home and is with me all night. We’re together 24/7, and it’s hard when you lose one.”

Freddy, a 2-year-old, needs a little more job training, but Hale will be there working with him, and taking him to training classes continually, Hales said. Freddy will be certified every year with both the Missouri Police K-9 Association and the North American Police Work Dog Association. Freddy becomes the third canine partner for Hale who’s been with the department for about 18 years and is a 1999 Medal of Valor recipient. 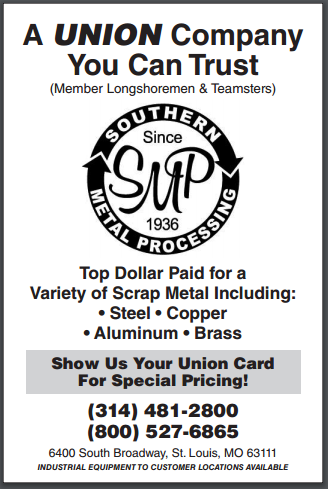 “I think Freddy is going to be a good dog,” Hale said. “I’m glad we could work out the finances, because you know these days every city is in the same economic situation.”

The Ryan Griffin Memorial Foundation has enabled the Griffin family to turn despair into hope by giving a $15,000 donation to the Wentzville Police Department to enable them to start a canine program. They’ve also distributed more than $50,000 in scholarship funds to area high school wrestlers in Ryan’s memory. Ryan was an avid wrestler.

The Ben Roethlisberger Foundation, which distributed more than $132,000 in grants to K-9 units around the country during the 2014 NFL season, helps K-9 units to purchase dogs and dog safety vests, but other types of needs are also considered. Ben’s foundation also supports Make-A-Wish and combined, has distributed in excess of $1.3 million since 2007.