Collinsville, IL – A Metro-East business planner and organizer who has also been an important ally to the Labor Movement, Ronda Sauget has retired from her position as executive director of Leadership Council Southwestern Illinois.

“She was just a star for the Leadership Council,” said Totsie Bailey, executive secretary-treasurer of the Southwestern Illinois Building Trades Council. “She knew every person who needed to be known – and by their first name.”

Sauget was named executive director and CEO of the Council in 2015, and her last day was Oct. 29, 2021. Her role was to organize leaders in business, industry, Labor, education and government to work together on regional development issues. She worked with Labor leaders on numerous training programs that have helped young people enter the workforce.

“Ronda’s contributions to economic growth and progress in our region are immeasurable,” said Richard Mark, Leadership Council board chairman. “My fellow board members join me in thanking Ronda for her years of service to the council and expressing our appreciation for her leadership and tireless efforts to make the Leadership Council a premier economic development organization.”

DEEP ROOTS
Sauget said she was happy with her work for the Leadership Council.

“My time with the Leadership Council of Southwestern Illinois has been very rewarding,” she said. “I have deep roots in this region, so seeing the growth in this organization and successes we’ve had is amazing. From the American Bottoms Levee Restoration project to the multi-modal transportation infrastructure, we’ve made significant strides for Southwestern Illinois.”

The council is now searching for a new executive director, Mark said.

“These are big shoes to fill,” he said. “We’ll be looking for candidates with a breadth of business experience, a track record of accomplishments, and a commitment to the Southwestern Illinois region. This area is poised to accomplish big things, and this is a great opportunity for the right person.”

Bailey noted that he and other Labor leaders have worked closely and successfully with Sauget.

“It wasn’t a 40-hour job for her. I dealt with her weekly,” he said. “She just knew more people and by their first names, too. There wasn’t a harder worker … she knew all the players in Missouri, too.

“She’s going to be sorely missed.”

PLA STUDIES
Bailey recalled Sauget’s work on a study of how Project Labor Agreements have been used successfully in central and southern Illinois that ultimately led to new projects for the region’s union workers. That study was featured in the Labor Tribune in May 2015 and included projects such as:

In 2015, Ronda Sauget presided over an awards dinner to recognize how those projects and others were carried successfully off with cooperation and hard work from area unions.

REACHING STUDENTS
More recently, she helped organize a series of events in which groups of high school students visited union training centers to learn what union members do and how they do it.

In last fall’s series of visits, 440 students from 13 high schools visited 11 unions. She also was working with Bailey on creating and collecting short films and videos to extend those training opportunities.

Early on in her career, Sauget worked for the 8th District Federal Reserve Bank of St. Louis, performing policy analysis, banking industry studies and business development strategies. At Fleishman-Hillard International Communications, she conducted research and analysis for the firm’s clients.

Later she had her own company, Valildus Business Strategies, and was executive director of Archview Economic Development, bringing jobs and investment to the region, before taking her position with the Leadership Council. She attended Southern Illinois University-Edwardsville and was an adjunct professor for eight years at Webster University.

WHAT TO DO
Sauget’s primary tips for leading a high-achieving, fulfilling life and career include:

Ed Finkelstein, publisher of the Labor Tribune, congratulated Sauget on her accomplishments, her long career and being able to retire from it.

“Ronda has worked on many economic development issues that have positively impacted union working families throughout the region,” he said. “Her understanding and promotion of Labor issues, particularly Project Labor Agreements, has gone a long way toward creating jobs for our members over the years.

“She was courageous enough to create a detailed report on PLA benefits that has helped communities understand and accept their inclusion into bidding for construction work, ensuring buyers the high quality work our union construction workers provide every 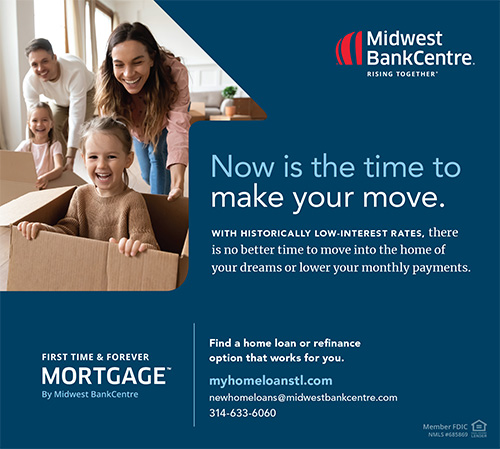