Home Labor News From Our Region Geospatial spy agency will provide plenty of work for somebody, but who...

At some point in the next few years, St. Louis-area trades and crafts workers will be handed a massive building project by the federal government – the new Western Headquarters for the National Geospatial-Intelligence Agency (NGA).

It should be enough work to keep an estimated 15,000 construction workers occupied for a substantial time.

But the question of who will do the work depends on which of four sites in the region the Agency chooses to build on – in the city of St. Louis, in St. Clair County in Illinois, in the city of Fenton in south St. Louis County, or further south in unincorporated Mehlville.

That question is to be answered next year, with move-in not expected until 2021 or 2022. Environmental studies are now being made of the four sites, and local governments are positioning themselves to win the contest.

The region’s building trades councils are keeping an eye on the proceedings as well. If the decision goes to the St. Clair County site, the Southwestern Illinois Building Construction and Trades Council will administer any project labor agreements that organize the workforce; the other three sites would be under the jurisdiction of the St. Louis Building and Construction Trades Council.

Wherever it goes, the Agency will bring a major load of economic activity. Part of the Department of Defense, it’s a satellite and mapping outfit that uses overhead photos and other high-tech processes to find out things. It was given much credit for the locating and ultimate killing of Osama Bin-Laden.

Its main headquarters is an enormous complex near Washington D.C., but it runs its western states operations from St. Louis, currently in a fenced-off building at the old Arsenal site, just south of the Anheuser-Busch Brewery. The agency says it needs a new building to better handle its high-tech arsenal, and replacing it at the current site is not an option. Building a new headquarters is expected to cost $1.6 billion.

These are the four sites under consideration:

The St. Louis city is about 13 blocks long from north to south, between Cass and Montgomery streets, and three wide blocks from west to east, between 22nd Street and Jefferson on the south half and Parnell on the north half.

The city has arranged to borrow $20 million for buyouts by mortgaging two of its buildings; the homes buyout is expected to cost $8 million to $10 million, while the businesses would cost $10 million to $15 million. In February, the Board of Aldermen agreed to clear some 50 houses there if the project comes through. The Missouri Legislature is also considering a $4 million tax increment finance plan for the project.

Voters in August rejected a $180 million bond issue that would have provided $15 million for infrastructure improvements on the site. The city recently began working toward use of eminent domain to take over parts of the site.

“The City of St. Louis site offers NGA a unique opportunity to locate in an urban area with full access to necessary amenities nearby, close to its current campus, while distinctly meeting the requirements set forth in NGA’s request for proposals, ” Stenger wrote. “The construction and labor force in this area is fully capable of delivering a quality facility in a timely manner.”

“That north end of downtown is a much needed area for development, and this would definitely be a huge economic impact for the City of St. Louis. 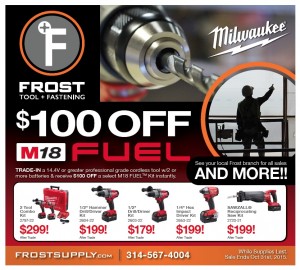 “You’re talking a billion dollars for NGA along, plus all the other housing and infrastructure that would go along with that, which would spur other commercial development.”

“It’s a underserved area that needs revitalization,” Aboussie said. “And it’s been selected by the AFL-CIO Housing Investment Trust (HIT) for an investment for housing, which would be a multiple use component.

In addition, Aboussie said, “These types of programs also incent people to move to the city. We’ve been losing population for decades. We need to focus on getting people to move back to the city, rather than looking for jobs outside of Missouri.”

AFL-CIO President Richard Trumka has also endorsed this location, saying in a letter to NGA that the project is needed for economic development.

The Illinois site’s location next to Scott Air Force Base and St. Clair County’s offer of free, unencumbered land has convinced many that the project will go there.

Dale Stewart, executive secretary-treasurer of the Southwestern Illinois Construction and Building Trades Council, is actively campaigning for the Illinois site, and he appeared at a recent St. Clair County promotional event for it.

“We’re trying to get it – that’s what we do,” he said in an interview. “It’s a perfect location, and it would be such a huge, huge plus for southern Illinois – as long as it’s union.”

The site has excellent transportation and communication links, readily available security and plenty of space. “It’s going to be a good sell,” Stewart said.

Stewart noted that his support for the Illinois site does not mean he is fighting against a Missouri location. “We won’t be tearing down their proposals, but just supporting the Illinois proposal,” he said.

After all, he said, the region will gain either way. “If it goes to Missouri, I’m sure we’ll get some of the work, too,” he said.

FENTON NOT GIVING UP

Fenton Mayor Polizzi, for one, isn’t giving up on securing the project for his city. The city’s chamber of commerce wrote a letter to Stenger, asking him to explain why he is supporting the St. Louis site.

“All we said was, ‘We don’t understand. Can you help us with an answer?’ We’re definitely not out of the running,” Polizzi said.

Both states are divided between parties in their U.S. Senate representation, but both pairs of Senators have managed to join forces to support their own state’s positions.

In Missouri, Senators Claire McCaskill, D, and Roy Blunt, R, issued a joint letter to Cardillo, supporting the selection of one of the Missouri sites without specifying a favorite, saying it would be less disruptive for employees.

The current site presents an interesting future opportunity for St. Louis. Its 12 or so buildings are more than 100 years old and close to Jefferson Barracks. Durbin noted they have high maintenance costs and do not meet seismic standards.

But the site, now mostly off limits and under control of the Air Force, is also on the National Register of Historic Places for events dating back to the Civil War, when they were part of the St. Louis Arsenal, established in 1827. The agency last year took St. Louis Post-Dispatch reporter Nicholas J.C. Pistor on a rare tour of the location, and he noted:

In 1861, Missouri Gov. Claiborne Jackson called on the state militia to grab the arsenal and its treasures for the Confederate cause, but U.S. Army Capt. Nathaniel Lyon on May 10 captured the militia at their camp at what is now St. Louis University.

As Lyon marched them into the city, a mob fired on Lyon’s soldiers, who returned fire, with 28 civilians and two soldiers killed in what became known as the Camp Jackson Affair.

Lyon soon thereafter became the first Union general to be killed in the war, at the Battle of Wilson’s Creek near Springfield, MO, on Aug. 10, 1861. He remains credited with keeping Missouri in the union.

One thing that won’t be affected by the project will be NGA’s National Imagery and Mapping Agency, an office and printing operation in Arnold, MO. The former Defense Mapping Agency had been based in south St. Louis, but its building was heavily damaged by the Great Flood of 1993. The federal government then bought the 34-acre site in Arnold, and the new agency opened in 1998, consolidating operations that had been spread among St. Louis, Philadelphia and Bethesda, MD.

The development opened up a new four-lane thoroughfare – Vogel Road – in Arnold, which now is lined with businesses, stores and restaurants.