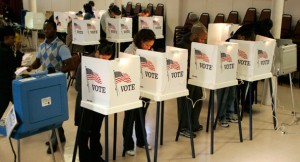 Most infuriating were the responses in phone calls and door-to-door visits from volunteers, in which the tally of voters’ support predicted an outcome the complete opposite of what happened on Election Day.

“We’ve gone over these numbers hundreds of times and can’t figure it out,” Velasco said. “Normally, any candidate that has 60 percent or higher support in these polls wins the election. We can’t afford to get beat up like this year after year.”

Velasco said meetings are planned with the Missouri AFL-CIO and the St. Louis Building & Construction Trades Council to go over the numbers.

He said Jefferson County also plans to reach out to other Missouri labor clubs and local candidates to discuss what needs to change moving forward.