Rep. Jay Hoffman (D-Swansea), has been the most faithful and productive supporter of working people and unions in the Illinois Legislature for years now, and he just completed one of his greatest accomplishments – negotiating the new energy law that will move the state toward clean, renewable energy while also maintaining the venerable coal and nuclear industries that provide reliable power and good jobs as well.

In a special interview with the Labor Tribune, Hoffman discussed the long and hard but ultimately successful drive to ease Illinois into the energy future without leaving its workers behind. He explains how it was under the anti-union Gov. Bruce Rauner’s administration that previous moves toward renewable energy were undertaken, and that this agreement under Gov. J.B. Pritzker finally opens that industry to union workers.

How were we able to find a way to move forward through the complicated world of the energy industry?

Hoffman: “It wasn’t easy, and it took us a long time. I think it’s a great deal for working people. It’s going to put us on fast-forward to be energy sufficient through renewables in the long term and provide good-paying jobs in the renewable industry.

“The real issue for me was, one, I wanted to make sure that we’re going to give tax incentives and other state incentives for people to go to renewables, and, two, it was important to have labor standards to provide good-paying jobs in the industry.”

Will workers in the new technologies get fair wages and how will workers get training for the new jobs?

Hoffman: “We have, for several years now, given renewable energy tax credits to developers for solar and wind, and a lot of these very large things were not done with prevailing wage, and they’re currently being done with people from out-of-state. This is state ratepayers’ money, and it should, as much as possible, have in-state people building them and getting paid the prevailing wage. That was made a reality in this bill, and it was very important to me.

RAUNER’S RULES
“I’d been contacted by a lot of the trades, wondering why they weren’t able to get into some of these large solar projects under the Rauner administration when the last bill was passed. He wouldn’t accept the prevailing wage being part of the bill. That was, I think, as important to Labor as anything.

“The second thing for Labor was making sure the apprenticeship programs are bolstered and to train people for this new burgeoning industry, and that we have a just transition period in which people working in coal and natural gas have a way to transition into this new industry and a mechanism and incentives in place to either carbon capture or sequester coal for natural gas into some kind of geo-free hydrogen that will reduce emissions long-term.”

How does the new law affect the Prairie State State Energy Campus in St. Clair County, a state-of-the-art coal plant owned by non-profit municipal utilities and electric cooperatives and operated by union workers, along with another downstate coal plant, City Water Light & Power (CWLP) in Springfield? And how about the state’s nuclear plants?

Hoffman: “We were able to give a time period to the Prairie State energy plant as well as CWLP to develop carbon capture and sequestration technologies so they can continue producing reliable energy. The last thing that we need or want is for us to be unable to produce sufficient energy in Illinois to turn our lights on or heat and air-condition our houses, and reliability is key. If we don’t have reliability in Illinois, by and large, we would just be buying from other states – and bringing our jobs to people out of state. That was important to me.

“I was concerned because of the jobs and the reliability issues, as well as the fact that these are not-for-profits, owned by municipalities and co-ops. They provide energy in many of the rural areas around our state, and to close them prematurely would have left those people holding the bag. That concerned me.

NOT LIKE EXELON
“It’s not like an Exelon, which owns the nuclear plants. If they are losing money on one plant or have to close one down, they’re a multi-hundred billion dollar corporation. They can spread the loss out. This one would have impacted taxpayers directly throughout Illinois, and the electrical co-ops around the state, plus the number of jobs that our Southwestern Illinois Building Trades have whenever they have any construction projects there, which are plentiful.

“We were able to get, through the negotiations, Prairie State to be neutral. By giving them a runway to pay off their debt and also allowing them to take advantage of possible carbon capture and sequestration dollars in technologies that are being developed, we were giving them an important option.”

What was Labor’s contribution to the negotiations and the final outcome?

Hoffman: “There were several interests, ranging from extreme environmentalists to Labor, who stood up and said, “Yes, we need a transition, but we need it to be a transition that makes sense, that provides for reliability and jobs long term,” and Labor didn’t shy away from that. That was certainly my focus, and their focus was saving jobs now, providing a coal-to-solar transfer and providing good-paying jobs in the renewable market.

“We were able to achieve that. It’s certainly a balance of interests that don’t always agree, but we were able to get them to agree in some very difficult negotiations. I truly believe this is a fair bill that long-term is going to serve Illinois well and move us toward addressing climate issues. This really is a model for other Midwestern states that Labor can use to provide a transition over time to renewables.

“I’m really happy that the AFL-CIO supported the bill, as did the environmental community. If you had told me that was going to happen five months ago, I would have said, ‘That’s going to be very difficult!’ But it worked out in the end, and it took until the very end, but it worked out.”

Hoffman: “The University of Illinois is doing a $19 million study currently for Prairie State, to be finished in December, that’s going to make a determination about the viability of carbon capture and sequestration at Prairie State. We could have 1,000 trades working in construction jobs, and about 500 people are working inside. There’s also been a study completed for the Springfield power plant. I’m hopeful that the studies are going to show it makes sense and that through federal legislation, we’re going to be able to provide incentives, through the Biden administration and his energy bill, that are going to make that a reality. That will meet all of our goals, which will be to reduce carbon, provide jobs and economic development, and allow them to continue to create energy at those two plants.”

What is the effect on the nuclear plants?

Hoffman: “Keeping the nuclear fleet operational will save about 3,000 jobs and provide a bridge to clean energy. I’m not a fan of Exelon. They basically were using the workers as a tool to get subsidies by threatening closure. We’ll never know if they were going to close. I just know they said that if they didn’t have a bill by Sept. 13, they were going to close two plants (Dresden and Byron) because they weren’t going to order the fuel. There’s no doubt the Dresden and Byron plants were losing money. They couldn’t manufacture energy cheaper than what was in the marketplace for a few years. Whether that will change, we don’t know.

“The electricians and the plumbers and pipefitters who work there, and their families, were extremely concerned. This provides the necessary funding to ensure that they stay open, and they said they will stay open, and if there are federal dollars that come from the Biden administration, they will have to refund it. We were very clear about that. They weren’t going to get to double dip. And they will no longer close.

“They’re a very big corporation. The whole Biden energy plan is predicated on two things. One is the transition to renewables and ensuring that the nuclear fleet remains open, and the second is carbon capture and sequestration, to greatly reduce CO2 emissions into the atmosphere from fossil fuel. That’s kind of how we based a lot of this, but the timing is such that we don’t know what’s going to pass.”

What should rate-payers expect?

Hoffman: “We were very cognizant of the impact it’s going to have on ratepayers. The estimate we got from the Citizens Utility Board is that will cost the average retail customer about $3.50 a month, which isn’t insignificant to a lot of people. But we also made sure that we funded an increase in our energy assistance programs.

Who gets the credit?

Hoffman: “We worked in a bipartisan manner on this. You have to credit Senate President Don Harmon, Speaker of the House Chris Welch and Governor J.B. Pritzker for making this a priority, but I wouldn’t say it was only Democrats who did this. We were able to get a bipartisan bill passed through the House. It wasn’t easy, but a lot of Republicans represent these areas where they would lose jobs and economic opportunity.” 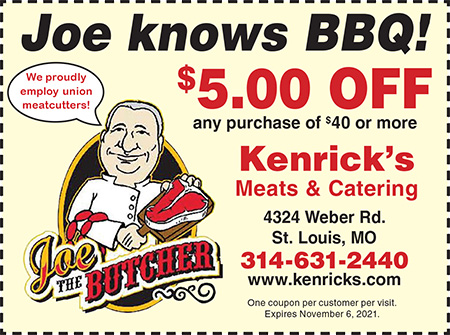