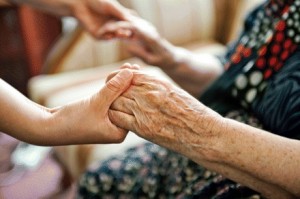 Washington – For the first time since 1975, most home care workers will have the minimum wage and overtime protection of the Fair Labor Standards Act (FLSA), under a new rule issued by the Obama administration’s Department of Labor.  The wage protection rule takes effect in January 2015.

Nearly 2 million home care workers take care of the elderly and people with disabilities, often working 12-hour days and 60 to 70 hours a week. The vast majority of them are women.

Since they were exempted from the FLSA nearly four decades ago, home care workers seldom have been paid overtime and their net income is often less than the minimum wage, considering time spent in travel between the homes where they work in a single day and its cost. Unlike workers covered by federal labor laws, they have not been paid for all the hours they are on the clock.

AFL-CIO President Richard Trumka says the new rule “finally recognizes the value of the work done by hundreds of thousands of people who take care of our aging parents, as well as our sisters, brothers and children with disabilities.”

Trumka said the rule “will not only benefit the largely female, minority and low-wage workers who provide these essential services, it will help to ensure an adequate supply of home care workers as demand grows, reduce turnover and improve quality, permitting more Americans who wish to stay in their own homes as they grow old or experience disability to do so.”

“Because of their hard work, countless Americans are able to live independently, go to work and participate more fully in their communities,” Perez said. “Today we are taking an important step toward guaranteeing that these professionals receive the wage protections they deserve while protecting the right of individuals to live at home.”

With baby boomers aging and the demand for care rising, home care is now one of the fastest-growing occupations in the United States.

The National Employment Law Project (NELP) reports that the industry is highly profitable and that for-profit home care chains, which drove much of the opposition to the reforms, rake in 30 percent to 40 percent profits in a $70 billion industry, even as average hourly wages are low enough to qualify home care workers for public assistance in 34 states.

In a U.S. House hearing on the proposed rule in 2012, Nancy Leppink, deputy administrator for the Department of Labor’s Wage and Hour Division, said that 40 percent of in-home care workers have to rely on food stamps or other forms of public assistance in order to make ends meet. She also said the cost of the rule to employers would be negligible, “less than one-fourth of 1 percent of the industry’s annual revenues.”

The department’s narrowing of the home care worker exemption was prompted by workers challenging the prior rule in court.