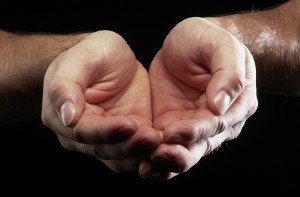 Couple was facing homelessness until ‘$5 for the Fight’ stepped in

The following story is part of an ongoing series on working families who have been helped through the $5 for the Fight fund.  Names have been changed to protect the privacy of the recipients.

Bill was laid off in 2009 at the height of the economic downturn.

When his foreman called him from the lumberyard into the conference room, he knew what was coming.

Orders at the company had been dropping off.  Bill, then a member of Teamsters Local 682, was the low man on the seniority list.

“They called me in about 11 in the morning and said ‘We’re going to have lay you off’ and said ‘You can leave for the day.’ I said ‘No, if you’re going to pay me for the day, then I’m going to stay here and work.’ And I did that.”

It would be the last full day he would work on a regular job for three years.

At 58, Bill found himself facing the frightening prospect of starting over. And he wasn’t sure how.

“There’s just not a lot of jobs out there for a 58- year-old man,” Bill said.  “They’re looking for younger guys.”

And the process of getting work has changed.

Gone are the days of walking into a business and applying for a job. Today, it’s all online. You have to search job boards. You need a resume.

Bill, a former truck driver with experience handling trailers, bobcats and backhoes and working in woodshops, had never needed a resume before. He wasn’t sure how to write one.

Still, Bill’s work ethic put him in good stead.  Two weeks after he was laid off, he received a check from the owner of the company to help he and his wife Mary get by until his unemployment kicked in.

Mary, 53, is disabled due to severe arthritis. At times, she is confined to a wheelchair. She had yet to be approved for disability when Bill was laid off.

Their rent and utility bills were piling up.

The temp jobs, when Bill could find them, weren’t always worthwhile. Some of the jobs were 50 or more miles away and cost him more in gas than they paid.

Unable to pay their bills, they were evicted from their home in St. Louis and moved in with Bill and Mary’s second oldest son and his family in Mehlville. The situation was not ideal. The pressures of living together soon caused fractures in the family.

“$5 for the Fight” found Bill and Mary and place to stay with affordable weekly rates and helped them get caught up on their bills while they worked to secure a rental home in De Soto.

“They helped us a whole lot,” Bill said.

The fund administrators put Bill in touch with the office of Congressman Russ Carnahan, who helped facilitate Mary’s application for Social Security Disability. She was approved last fall.

Originally established in 1996 by the St. Louis Labor Council, AFL-CIO, to assist union members and their families during a financial crisis while they supported a collective bargaining action, the “$5 for the Fight” fund was redirected in 2009 to support unemployed union families, who through no fault of their own, had fallen on hard times because of the down economy. Last year, the campaign raised $134,000 that helped 472 families pay their rent, afford their mortgage, keep their utilities on and cover medical expenses.

Bill turned a new page last week when he landed a job in Fenton.

He’s already working long hours and even picked up some work over the weekend.

He and Mary are moving again. The house they’ve been renting in De Soto is being sold.

They’ve found a new rental home in Arnold, which coincidentally will be closer to Bill’s job.

They’re also planning to put some money into “$5 for the Fight.”

“We’ll have some money coming in, and we going to put some money into ‘$5 for the Fight’ to pay back some of what we’ve gotten and help somebody else,” Bill said.

“They helped us with quite a bit of stuff,” Mary said. “I don’t know where we would have been without them.”

If you’ve been helped through the “$5 for the Fight” fund, the Labor Tribune wants to share your story – anonymously, if you prefer – with our readers who may be experiencing similar hardships or wondering whether they should contribute more to the fund.

The “$5 for the Fight” fund helps union members laid off due to the slumping economy with everything from utility, rent and mortgage payments to medicine, auto repairs, and other unmanageable or unforeseen expenses.

Members from at least 66 different unions were helped through 2011.

Please write a check for whatever you can afford to “$5 for the Fight” knowing that your contribution will be a lifeline to someone in desperate need of help. There’s three ways to give:

• Online: www.labortribune.com, click “$5 for the Fight Donations” that takes you to a secure payment site.

• Reoccurring credit card donation: www.labortribune.com, “$5 for the Fight Donations.” Click: “Automatic monthly deduction,” the amount and how many months you want the deduction to be made.

Remember, there are four categories of giving:

If your gift moves you from one category to another, you will automatically move into the appropriate honor roll.

Remember, 100 percent of donation goes into the “Fight Fund.” From a lot of grateful people, “thank you” for agreeing that “we share because we care for one another.”