Sparks shooting out of a bedroom wall socket, arcing from the main electrical panel, flickering lights, and exposed light fixtures with hanging wires – all were the result of a slick repair sales pitch that made Angela Bryant’s first home a nightmare.

Faced with up to $6,000 in electrical repairs to her home in St. Louis’ Mark Twain neighborhood, Bryant opted for what appeared to be a cheap solution from an unskilled repairman. But it made her home even more unsafe and unlivable.

With no hope for a solution, Bryant was directed by a social agency to contact the International Brotherhood of Electrical Workers (IBEW) Local 1. She spoke with Local 1 Business Representative Chris Clermont, and he reached out to IBEW and St. Louis Chapter of the National Electrical Contractors Association (NECA) leadership, which agreed to fund Bryant’s much-needed repairs through their Electrical Connection partnership.

‘SOMEBODY ACTUALLY CARED’
“I was blown away after talking to Chris,” said Bryant. “Somebody actually cared. I don’t have to be afraid of living in my home anymore. IBEW/NECA cared enough to make my house livable through their incredible generosity.”

“This was a more than 80-year-old home that already had a history of jerry-rigged electrical repairs by the unskilled,” said Tom Piotrowski, project manager at RJP Electric. “The latest attempt at repairs made it even worse. The main breaker and busbar were corroded and there were exposed wires with improper splicing throughout the home.”

ONLY HALF THE HOME HAD POWER
Bryant said only half her home had power. “I had to unplug every electrical device just to do laundry,” she said. “The most frightening thing was sparks flying out of my bedroom wall socket and the arcing at the electrical panel.”

Local 1 Business Manager Frank Jacobs said it is an all too common problem.

“People fall for a sales pitch on electrical repairs by someone who is devoid of the skills needed to make safe repairs that comply with electrical codes,” he said. “That creates not only a shock hazard but a fire hazard.”

EXTENSIVE REPAIRS
On Dec. 12, RJP made extensive repairs to the home, fixing the electrical panel and improper splicing and securing all connections within junction boxes, bringing the home up code.

“There are other issues beyond the hidden dangers created by unskilled so-called ‘handymen,’” said Kyle McKenna, executive vice president of St. Louis Chapter of the NECA. “When it comes time to sell the home, any reputable electrical inspector is going to find and require the faulty repairs to be fixed. So why live with the hazard?”

McKenna noted that many of the issues in Bryant’s home are similar to what the Electrical Connection partnership finds each year when it donates services to help Rebuilding Together St. Louis make low-income homes safer.

TYPICAL ELECTRICAL PROBLEMS
The Electrical Connection and local inspection agencies say most electrical problems created by the unskilled involve attempts to tie in new equipment and wiring with existing electrical infrastructure. That includes:

FOR MORE INFORMATION
The Electrical Connection offers the largest data base of licensed electrical contractors and skilled electricians dedicated to building in compliance with the National Electrical Code. Learn more at www.electricalconnection.org. 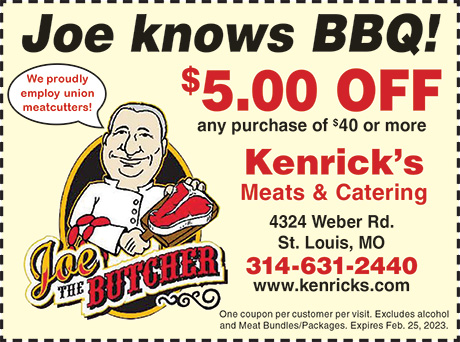