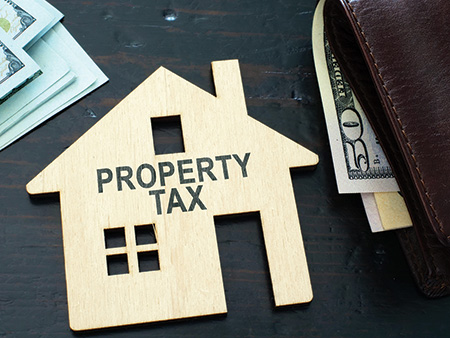 Springfield, IL – Working people in Illinois are watching to see what becomes of Gov. J.B. Pritzker’s proposed constitutional amendment to replace the state’s flat-rate income tax with a progressive tax.

The idea is to let the highest-earning residents pay higher rates, which will hold down or reduce taxes on the low-income and middle-class while making new revenue available to improve the state’s woeful financial status. Voters will approve or veto it in November 2020.

A key part of those efforts – reducing property taxes – is moving ahead now in Springfield and will involve several of the Labor-supporting state representatives from southern and western Illinois.

The state’s financial problems and the difficulty of raising income taxes have put increasing pressure on local governments to raise their property taxes, which sort of defeats the purpose of holding down income taxes.

The legislation creating a constitutional referendum on the progressive income tax was accompanied by creation of the Illinois Property Tax Relief Task Force, a group of legislators charged with coming up with ways to reduce the property tax burden. Some appointments to it have been announced in recent days, and it includes at least four of this area’s representatives. They are:

With so many members from this area alone, it’s shaping up to be a rather large committee, but a full list has not been released that we know of, so that story still has to be told.

SCHOOLS EFFECT
An area Senator, Andy Manar (D-Bunker Hill) was the sponsor in the Senate. He said the task force could make proposals vital to the future of schools.

“We’ve made great strides toward fixing our school funding formula, and the next step in that process is reducing the property tax burden and transitioning toward making state funding the predominant source of support for schools,” Manar said. “This task force is one of the first steps in that process, and I’m confident that by bringing Democrats and Republicans together to talk about this issue, we’ll be able to work together to find the solutions we need.”

The bill creating the task force was passed unanimously in both the House and the Senate, which indicates either its relative importance or a total lack of opposition. The real test will come when the Legislature considers adopting the task force recommendations.

The task force will review any and all suggestions for policy changes to provide short-term and long-term property tax relief, and it will have to work quickly. The first report is due 90 days after Aug. 2, the day it was signed into law. A final report will be due Dec. 31.

NO EXTRA PAY
State agencies are supposed to help, including the Department of Revenue, State Board of Education and Office of Management and Budget. Resulting changes could be administrative, legislative or accomplished through the ballot box. The legislators will serve without receiving additional compensation.

Pritzker appointed Emily Miller, first assistant deputy chief of staff for policy, and Cameron Mock, chief of staff of the Governor’s Office of Management and Budget and a senior fiscal advisor. House and Senate legislative leaders are appointing members from their own parties.

THE HIGH BURDEN
The Metro-East area legislators who were appointed offered some comments about what their roles would be.

“When I talk to local residents, it is clear that homeowners cannot continue to bear the burden of high property taxes that increase every year,” Stuart said. “It is critical that we provide real relief to the hard-working homeowners in our community while protecting the resources our families depend on, including education, public safety, park districts and libraries.”

Greenwood, a sponsor of the bill, said making home ownership more affordable has been one of her top goals.

“High property taxes can make it difficult for residents to make ends meet, and it’s time we take a closer look at how Illinois handles them,” she said. “It’s important that we look at ways to responsibly lower property taxes for families while still ensuring that critically needed local services receive the investment they deserve.”

Reitz also was a sponsor.

“Illinoisans have had to bear the weight of crushing property taxes for too long,” he said. “Working on this task force is an opportunity to begin to fix a broken system. I will fight to make sure my communities stop shouldering more than their share of the tax burden.”