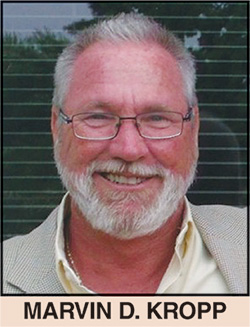 “We lost a great Labor man today,” Pat White, president of the Greater St. Louis Labor Council wrote on his Facebook page in response to Brother Kropp’s death. “He was a tremendous leader in the Teamsters Union and a great friend to many. He will be missed by all. RIP brother.”

A third generation Teamster, Brother Kropp began his Teamster membership in 1978 working at E.I.S Brake Parts Warehouse. In 1979 he was elected as shop steward before being appointed as a business agent in 1984. Throughout Brother Kropp’s years working at the union hall he served in every leadership role in the Local Union. Along with his duties as business agent, he also served as trustee, recording secretary, vice president, president and secretary treasurer/principle officer.

Brother Kropp represented just about every industry in Teamsters Local 618. He took great pride in his service to the members of Local 618 and was always willing to help any member if possible.

In addition to his duties as president of Joint Council 13 in St. Louis, Brother Kropp also served as president of the Missouri/Kansas/Nebraska Conference Of Teamsters and was a trustee on the Central States Pension & Health & Welfare Fund.

Visitation will be held this Friday, Dec. 27 from 2-9 p.m at the Stygar Florissant Chapel and Cremation Center, 13980 New Halls Ferry Road, Florissant. A funeral service will be held Saturday, Dec. 28, at 1 p.m. Interment will take place at New Bethlehem Cemetery. In lieu of flowers, the family requests memorial contributions  to the American Heart Association.