Edwardsville, IL – The Labor Movement lost a great friend Saturday when Randy L. Gori, one of Madison County’s leading attorneys and businessmen, was murdered at his home.

Authorities received a 911 call around 9 p.m. Saturday and went to the home at 4586 Mooney Creek Road in rural Edwardsville where Gori, 47, was found dead. His car, a Rolls Royce SUV, had been taken.

A suspect was arrested Sunday morning and the car recovered.

Madison County officials released a statement Monday evening that Timothy Banowetz, of Wentzville, has been charged in the case and that he had acted alone. Banowetz, 28, is facing three alternative counts of first-degree murder, three counts of armed robbery, three counts of aggravated restraint and vehicle theft.

Captain Dave Vucich, of the Madison County Sheriff’s Department, said while he wouldn’t discuss what happened at the incident, two minors were in the home at the time and the actions of Gori likely saved their lives. He said that police have not been able to establish a connection between Banowetz and Gori.

SUPPORTER OF LABOR
Local Labor leaders said Gori and his firm were known as reliable and tireless supporters of Labor causes and charitable events.

“I would just leave a message in his office, and within hours, someone would come by with a check,” said Totsie Bailey, executive secretary-treasurer of the Southwestern Illinois Building and Construction Trades Council.

“I’m just sick about it,” he added. “He was very generous to all of our political friends. He would always be there for us – just the nicest guy you ever met. He was just like one of the guys.”

Iron Workers Local 392 retiree Rick Stammer had worked with Gori on several projects. “He was a great friend,” Stammer told the Labor Tribune. “Any time Labor needed anything, we just needed to call and ask him and he would provide it. His charity work was incredible, and he will be missed.”

The law firm issued this statement: “Randy was a true leader, a wonderful attorney and friend and a champion of our community. He gave so much to everyone he knew both personally and professionally. We will continue the legacy that Randy created and ask the community to join with us in supporting his family during this difficult time.”

PURSUIT OF JUSTICE
Madison County Chief Judge Bill Mudge commented, “An evil and senseless act has taken a wonderful father, lawyer and friend from the legal community. He approached everyone with a smile and was dedicated to the pursuit of justice for his clients. Randy’s generosity and support of this community was second to none.”

Gori also was founder of Gori Realtors and Gori Property Management, and bought, sold and rented properties in and around Edwardsville. In 2017, he arranged with the city to buy its former city hall on Main Street for more than $1 million to make it into a new headquarters for the law firm.

The firm also donated $2.5 million to the new public ice rink being planned in the city, which had been named the Gori Family Ice Complex.
Gori graduated from St. Louis University with a bachelor’s degree in 1995 and a law degree in 1998.

2018 FRIEND OF LABOR
In 2018, the Greater Madison County Federation of Labor honored Gori with its Friend of Labor Award, noting his $3 million in contributions to local charities.

In accepting the award, Gori said he was the one who is grateful – for Labor’s support.

MADE THE REGION BETTER
Journalist Dan Brannon, writing for the Riverbender.com website, said Gori “is being remembered for making the region a better place to live, his commitment to family and young people…”

“Randy Gori was a phenomenal human being and a person who did so much for so many people,” Hightower said. “Words cannot describe how this type of senseless death hurts the family and the community. I am struggling for words and I don’t normally do that. I was just devastated when I heard it this morning.

“I would call him and say ‘Randy, here is a project I am working on’ and with no hesitation he would say ‘I am in.’ He was an incredible humanitarian. I just pray for the family and to give them the strength to get through this.”

Edwardsville Mayor Hal Patton said he had become a friend of Gori. “Randy and his firm gave generously of their time and resources to causes for which Randy was passionate. From a local family in need to causes fighting cancer, Randy would always step up because he truly cared about others.” 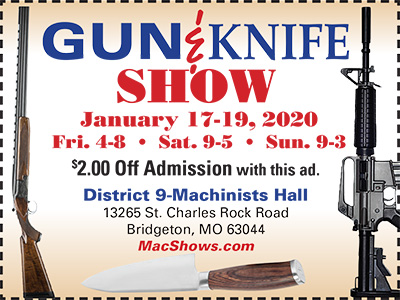