Home Labor News From Our Region Letter to the Editor: ‘Right-to-work’ confuses and misleads 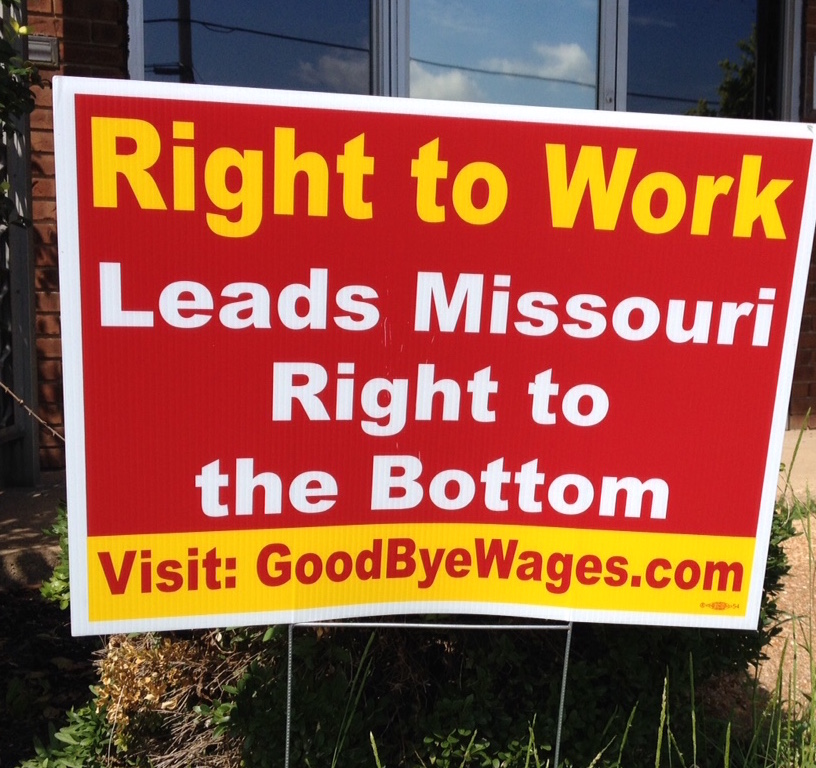 Opponents of labor unions are trying to persuade Missouri lawmakers to approve legislation which they call “right-to-work.”

The term “right-to-work” is a marketing misnomer used by anti-union groups to confuse and mislead the public. These groups are experts at distorting facts related to the fundamental role labor unions play in the advancement of our country’s economic interests.

The ultimate objective of these groups is to undermine the funding of labor unions, thereby preventing the performance of their collective bargaining responsibilities, which a majority of bargaining unit employees elected them to fulfill.

It may prove helpful to share my research on the subject of collective bargaining. For reference, I accessed the National Labor Relations Board website.

Congress realized that Labor unions require financial support of employees who benefit from union representation. So, Section 8(a)(3) of the National Labor Relations Act of 1935 allows for the payment of union dues as a condition of employment, provided the employer and the union negotiate its inclusion in a Labor Agreement.

Overlooked in the discussion on “right-to-work” is the simple fact that inclusion of dues payment in a Labor Agreement is not automatic.

Section 8(a)(3) simply allows an employer and union to negotiate its inclusion.

Ultimately, dues payment in an Agreement requires a negotiated settlement between the employer and the union. Compromises by the union on other matters are usually required to attain its inclusion.

“Right-to-work” advocates typically claim a free-market philosophy. But actually, they are interfering in the free market by creating obstacles in the bargaining relationships between employers and unions.

“Right-to-work” legislation will undermine the funding of unions. If that happens, a union’s economic ability to provide the professional representation members appreciate and expect will be impaired.

Incredibly, unions will still be legally required to represent employees who pay no union dues! Freeloaders!

THE ISSUE IS MONEY

The real issue now in Missouri as well as elsewhere concerns money.

Right-wing extremists and some big business interests want Unions to spend their resources fighting “right-to-work” instead of advocating on behalf of members with their Employers.

There is nothing in “right-to-work” legislation designed to alleviate inequalities that exist in the workplace.

The authors of the National Labor Relations Act had it right in 1935: “Experience has proved that protection by law of the right of employees to organize and bargain collectively safeguards commerce from injury, impairment, or interruption, and promotes the flow of commerce….”

The Television and Radio Broadcast Employees’ Union in St. Louis