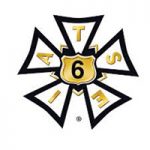 While workers everywhere are suffering from the work stoppages and slowdowns caused by the COVID-19 virus, workers in the entertainment industry are getting especially hard hit as most of their jobs depend on visiting shows, concerts and plays that draw large crowds and have thus been cancelled in response the pandemic.

“We’re seriously reeling right now,” said Joe Rudd, business manager of IATSE (Stagehands) Local 6. “This pandemic is unprecedented, it’s killing our industry, where all our workers are basically hired on a referral basis from multiple employers working under area standards established by the union.”

The $2 trillion federal coronavirus stimulus bill passed by the U.S. House of Representatives Friday, is trying to help in the pending relief bill, calling for entertainment industry workers unemployment benefits “be calculated on the verifiable anticipated earning for a current or future contracts that have been cancelled, rather than their prior wage history.”

A letter signed by 37 Democrats pointed out, “… For every worker or performer on stage or in front of the camera, there are dozens more who make their living in this industry—an industry in crisis, with virtually every workplace in the country shut down.

“These union workers are not adequately protected by rules designed for traditional single-employer relationships, or even consistent multi-employer work in industries like construction.”

“This bill will provide tangible and immediate economic relief for entertainment workers across the United States. Most notably, the bill increases and extends unemployment benefits, sends one-time direct payments, establishes the Pandemic Unemployment Assistance program for those who would otherwise not qualify, and increases federal arts funding.

“While many entertainment workers were not eligible for the relief in earlier pieces of COVID-19 legislation, we won access to economic relief through over 107,000 emails by IATSE members and allies, calls, social media posts, and other outreach to members of Congress. Thank you to all of you who emailed your legislators and facilitated outreach to have your brothers, sisters, and kin do the same. We all share in this victory.”

UNPRECEDENTED
“This lockdown is unprecedented. In the 125 years of our industry, we’ve never seen anything like this,” Rudd said.

In a recent article in the St. Louis Post-Dispatch, the Convention and Visitors Bureau (CVC) noted that the hotel occupancy rates are down 80 – 90 percent because of the massive cancellations of all kinds of events and shows, highlighting the disaster facing the entertainment industry that IATSE members rely on for work.

Explaining the impact on the entire entertainment industry, CVC chief Kitty Ratcliffe said, “This is like (Hurricane) Katrina on steroids.”

Local 6 is one of six unions here that represent various aspects of the local entertainment industry, a group that is seldom seen as they are all behind-the-scenes workers: Local 6 representing stagehands, Local 143 representing projectionists, Local 493- studio mechanics, Local 805-wardrobe, hair and makeup, Local 774-ticket takers and Local B-2- ushers.

Except for some 150 members who are considered full-time as they rotate between venues (when there is work), there are another 3,000 members in the industry who are considered part-time, available for work when needed. They usually have other jobs. All are seriously impacted and out-of-work now, with no prospects until the pandemic is over.