For union members, it will also mean tens if not hundreds of thousands of jobs, including jobs for local union members.

“Many of these projects are long overdue,” said John Stiffler, executive secretary-treasurer of the St. Louis Building & Construction Trades Council.

ONCE IN A GENERATION INVESTMENT
“This is a once-in-a-generation opportunity,” said Pat White, president of the Greater St. Louis Labor Council. “Combined with the Build Back Better plan, our union men and women are going to be front and center repairing and upgrading our existing infrastructure, expanding access to the next generation of technologies and expanding and strengthening our safety net to make certain care workers and others receive the resources they need and the wages and respect they deserve.”

‘COULD NOT COME SOON ENOUGH’
“This bill’s passage could not come soon enough,” said Scot Luchtefeld, president Southwestern Illinois Central Labor Council. “This country’s infrastructure is crumbling. Unfortunately, the bill should have been passed with the original ($2.3 trillion) dollar figure intact. This bill will have a huge impact in our construction industry here and around the country. It will also grow our construction unions and grow the middle class.

Luchtefeld praised the bipartisanship that ensured the bill’s passage, while lamenting that not enough lawmakers could look beyond their own political interest to vote for the infrastructure plan.

“It was nice to see some lawmakers from the other side of the aisle vote for the bill’s abbreviated version,” he said. “It’s a shame that this bill did not pass with supermajority. Let’s hope that our lawmakers pass the Build Back Better bill.”

RECORD WORK HOURS
“This is the largest investment in infrastructure in four generations or more,” said Brandon Flinn, business manager of the Eastern Missouri Laborers’ District Council (EMLDC). “This is going to provide a decade of work hours, with record hours for our pension, welfare and training funds under the Employee Retirement Income Security Act (ERISA). We’re going to be recruiting, hiring and training our next generation of workers as these projects go forward.”

‘WILL REVITALIZE OUR REGION’S ECONOMY’
“This bill will nearly double the money that Washington D.C. sends to our state for various construction programs every year for the next five years,” said Ronny Griffin, business manager of Laborers Local 110.

“The investment will revitalize our region’s economy by creating more opportunities for not only existing construction workers, but also generate opportunities for new, and hopefully younger workers to come into the construction industry as our current workers age out,” Griffin noted. “The sustained wages generated as a result these projects will be spent right back into the communities where workers live, in effect spreading the wealth.”

A BOON FOR WORKING MEN AND WOMEN
For the International Brotherhood of Electrical Workers (IBEW), Frank Jacobs, business manager of IBEW Local 1, says inside and outside electricians will benefit from the ramping up of Electric Vehicle Infrastructure Training Programs (EVITP), expansion and installation of electric vehicle charging stations, installation of solar panels and other renewable energies and strengthening the resiliency of the electrical grid across the nation. “The biggest aspect for the inside locals is going to be the ITP and all the charging stations that are going to be put in across the country,” Jacobs said. “President Biden has mentioned the IBEW by name when he talked about that. Also the renewable energy, solar and that type work. The inside locals have a lot of work through the renewable energy and the installation of solar farms. We have lot of work on those that’s coming.

“The infrastructure on the power grid, that will be our outside locals across the united states. There’s going to be a big boon coming for those men and women as well,” Jacobs said.

‘I SEE OUR STATE BECOMING MORE COMPETITIVE’
“The recent passage of the federal bipartisan infrastructure bill brings not only much-needed repairs to our crumbling roads and bridges, but also telecommunication and internet to rural Missourians,” said Tim Sappington, president/business manager of Operating Engineers Local 513, said the bipartisan infrastructure bill will not only fund much-needed repairs to Missouri crumbling roads and bridges, it also will bring reliable telecommunication and internet service to rural Missourians.

“Our state currently ranks near the bottom in infrastructure,” Sappington said, “but with these much-needed improvements I see our state becoming more competitive in attracting new businesses. As Operating Engineers, we look forward to the years of work this will bring for our membership.”

MORE WORK TO DO
While the second part of President Biden’s ambitious infrastructure plan, the Build Back Better Act (BBB), which focuses on the nation’s safety net, remains bogged down in congressional debate, St. Louis essential home care workers, consumers and advocates traveled to Washington this week to march, rally and demand Congress act swiftly to pass the BBB and deliver another historic win for workers and their families. 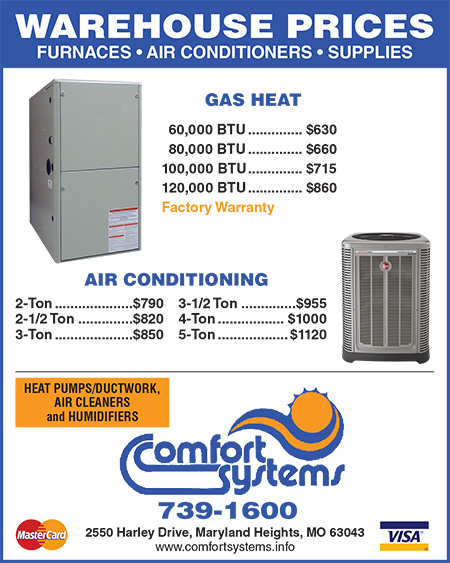