Belleville, IL – It seems like a lifetime ago that building trades unions and a regional development group in the Metro-East worked together to present Workforce 2030, a well-received series of visits by high school students to learn how they could build successful careers in the trades.

Thirteen high schools brought some 440 students to workplaces, and members of 11 unions told them all about it. Everyone involved was quite pleased with the results.

“That was a huge plus,” said one of the organizers, Ronda Sauget, executive director of Leadership Council Southwestern Illinois. “That was very well-received.”

Then COVID-19 hit – what Steamfitters 439’s Totsie Bailey calls the “Trumpidemic” – and everything ground to a halt.

This school year, nobody can bring big groups of kids to workplaces, so the program has been quiet. But the schools and the unions haven’t forgotten what they started, and now they are working to revive the spirit of the program in a new version that relies on technology instead of big groups.

Bailey, executive secretary-treasurer of the Southwestern Illinois Building & Construction Trades Council, is working with Sauget to find, collect and create short films and videos that serve the same purpose as the visits – showing high school students the careers and opportunities available to them in the trades – and making the videos available to schools and libraries.

REACHING A WIDER AUDIENCE
The videos include demonstrations of industrial work and talks by workers and educators, pre-cleared for use in schools. Bailey and Sauget started working with the schools that sent students to the program last year, then school and community librarians spoke up and said they should have access, too.

The idea started with a promotional short the Leadership Council was using to introduce students to working in the building trades. Sauget said that led to teachers asking to use the video in their classroom

“They said, ‘That’s a really great video. You got any others?’” Sauget said. And that’s how the idea of creating a library of similar videos began. “It just seemed like a natural step,” she said.

One recently produced video came from Korte Construction, showing its use of tilt-up concrete construction, which shortens the time needed to create sturdy buildings by tilting concrete sections into place vertically with cranes and bracing them until intermediate floors and exterior walls can be secured.

Bricklayers District 8 has been working on a video explaining what their work is all about.

A DAY ON THE JOB
In last school year’s visits, busloads of students would arrive at a workplace or union training center for two 90-minute sessions that included lectures, hands-on demonstrations and virtual reality experiences, followed by lunch.

Mascoutah High School hosted a larger, school-wide event in which some 1,200 students heard from union and industry speakers representing 47 industries.

Bailey and Sauget said the new videos should be ready to share early next year.

ESSENTIAL WORKERS
Even in the midst of the coronavirus, Metro-East building trades workers have continued to find jobs, Bailey said, in part, because Illinois included them in its list of essential workers.

“That really helped our guys,” he said. “We haven’t been slowed down at all. It’s not day labor.”

LEARN MORE
For more information on the trades careers video effort, contact Sauget at 618-692-9745 or ronda@leadershipcouncilswiul.com. 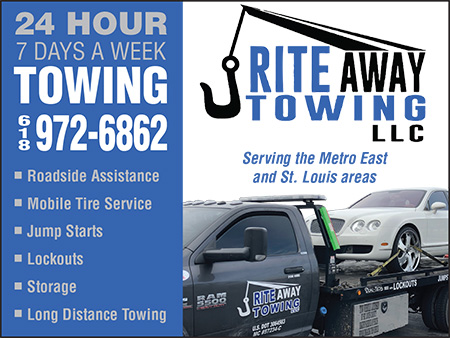