Home Labor News From Our Region Missouri ARA ‘Humanitarian of the Year’ Bob Kelley reminds us the fight...

Being honored with an award named for his best friend was not only a source of pride for the Bob Kelley, recipient of this year’s Robert O. Kortkamp Humanitarian Award, it recalled the days when the two of them led the way in the St. Louis Labor Community—and won—after what they felt was the fight of their lives — the right-to-work battle of 1978.

Robert J. Kelley, “Bob” to everyone, recipient of the award presented by the Missouri Alliance for Retired Americans (MoARA), downplayed his success, and instead accepted the distinction by remembering Kortkamp (who passed away in 2011), and reminding others that there is still much work to be done.

“Any time your name is associated with Bob Kortkamp, you have to be humbled,” Kelley said. “Bob was my friend, my mentor, and in many ways, my hero.”
Kelley retired in 2004 as president of the St. Louis Labor Council, but returned to lead the United Food and Commercial Workers Local 655 as president for 18 months, filling an unexpected unexpired term.

Kelleys’ son, Michael, an area political consultant and president of The Kelley Group who regularly appears on television and talk radio, serving as the program’s master-of-ceremonies, said the impact that his father and Kortkamp had on the Labor community can’t be measured.

Missouri AFL-CIO President Mike Louis agreed, saying that Kelley and Kortkamp are two of the most respected Labor leaders in our Labor community’s history.
“Bob worked quietly, honestly and effectively,” Louis said. “People of my generation learned from the work he did.”

Kelly reminded members of the Alliance that within the next nine months, we are all going to decide if our grandchildren will be able to retire with an employer-funded pension and collect Social Security, have Medicare or are able to earn a decent living.

“This is the most unbelievable year in politics in my lifetime,” said the 72-year old Kelley. “Be careful. While we watch the national political circus play out on the nightly news, we are facing a major challenge to the very existence of Labor in Missouri.”

Kelly warned that three candidates for Missouri governor this year have openly advocated for right-to-work. According to most recent reviews, more than a dozen anti-union bills have been introduced in Jefferson City.

“I don’t need to explain to those of you in this room, the consequences, but I wonder if our grandchildren will have a clue?” Kelley asked. “Our generation has enjoyed the benefits of a strong, viable Labor Movement: Good jobs; good benefits and safe working conditions which were hard-won, not granted by generous employers.” 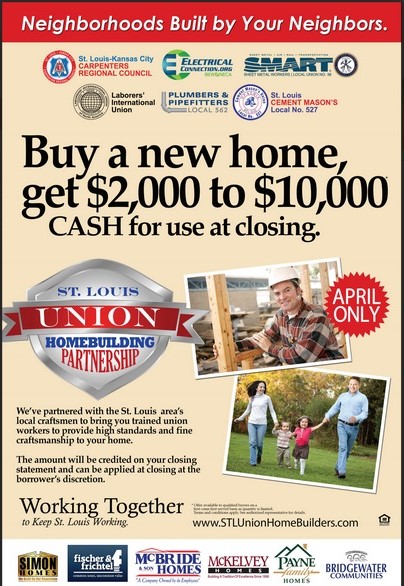 He added with emotion in his voice: “So… do Bob Kortkamp and Bob Kelley a favor. Remind your kids and educate your grandkids about how your life might have been without your union.”
true humanitarian

David Meinell, president of the Missouri Alliance for retired Americans, said Kelley was officially a labor leader, but in noting his accomplishments in our Labor Movement, a beacon of true humanitarianism shines through.

“Bob’s accomplishments have helped not only the Labor community, but everyone,” Meinell said. “Throughout his career, he has always stood for working men and women. Even in his retirement, he continues to do his part at every opportunity.”

Kelley, a 44-year member of Local 655, started as a part-time bagger at an old Rapp’s Market. But the young bagger had an innate ability and constant drive to better the Labor community that propelled him first, into a leadership position within Local 655 initially as an organizer and ultimately its president, and later to various high-ranking positions throughout his lifetime within the St. Louis labor and Missouri political arena.

Kelley played a pivotal role in defeating the 1978 right-to-work attack referendum we are seeing resurface in Missouri today. He also served as a founder and key member of the United Labor Committee of Missouri, a statewide committee formed in 1977 to strategize and fight RTW.

Kelley was an articulate spokesman and strategist for the Labor Community. He appeared regularly on radio and television and at untold meetings to provide a voice for, and mobilize union families against a law that would destroy everyone’s union wages, benefits and more.

And, he had six growing children through it all. Kelley and his wife Barbara are proud parents of five daughters and one son: Colleen Boschert, Amy Phillips, Melissa Ryan, Erin Frederick, Meghan Pauly and Michael Kelley, 14 grandchildren and the first great grandson, Lucas Robert Tock, born shortly after the ceremony.

The awards luncheon was held Wed., March 23 at the 100 percent union Christy’s Banquet Center in South St. Louis. Providing the blessings was Father Richard Creason, a labor and community activist and pastor at Most Holy Trinity Catholic Church.