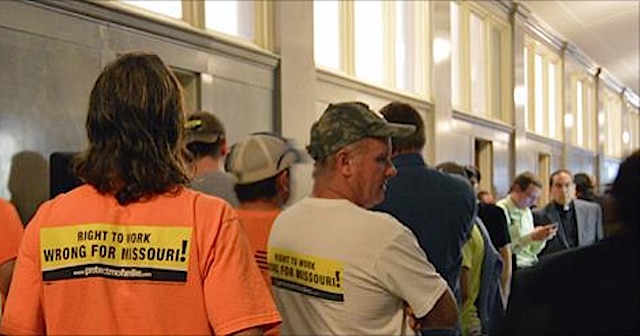 The Missouri Senate was paralyzed Tuesday evening by Democrats following the decision by Senate Republican leaders to end debate on so-called, right-to-work legislation.

That bill later passed by a vote of 21-13 after Democratic Sen. Scott Sifton (D-Affton) filed several motions to adjourn, leading to several brief recesses so staff could untangle Sifton’s motions.

Sifton and Senate Democrats then threatened to hold-up all legislation before the Senate in the final three days of session as a result of the decision by Senate Republicans to cut-off debate regarding the legislation.

“You’re gonna see how hard it can be made to get business done in the Senate when people insist on being unilateral.” Sifton said.

Sen. Dan Brown (R-Rolla) sponsored the bill and said the underlying legislation was worth the controversial motion.

The legislation now heads back to the House.

Even if lawmakers in the lower chamber are able to pass the legislation, Gov. Jay Nixon has repeatedly said he would veto any right to work bill.

Session ends Friday at 6pm, according to the Missouri Constitution.