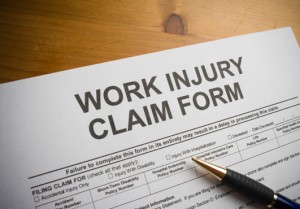 Jefferson City –Dan Mehan, president and CEO of the Missouri Chamber of Commerce and Industry, said his group may urge legislators to overturn the Missouri Supreme Court’s decision giving greater legal protections to injured workers who are fired from their jobs.

In a 5-2 decision, the Supreme Court ruled that employees no longer have to prove that workers’ compensation claims were the exclusive factor for their dismissal in order to win lawsuits claiming retaliation.

Overturning 30 years of legal precedent, the court said employees must show only that workers’ compensation claims were a contributing factor in their subsequent dismissal from their job.

“Discrimination against an employee for exercising his or her rights under the workers’ compensation law is just as illegal, insidious and reprehensible as discrimination under the MHRA (the Missouri Human Rights Act,” Judge George Draper III wrote in an opinion for the Court.

The case was closely watched by business groups and attorneys, and could have reverberations in the Republican-led General Assembly, which has tried for years to change the contributing-factor standard in workplace discrimination cases but has been rebuffed by vetoes from Democratic Gov. Jay Nixon.

The Missouri Association of Trial Attorneys had urged the Supreme Court to abandon the exclusive-cause standard for lawsuits alleging retaliation for workers’ compensation claims. Attorneys for the group described the court’s ruling as a victory for employees.

“A worker still is going to have an uphill battle,” Association Executive Director Sara Schuett said. “But at least now it’s not an impossible burden to prove.”

State law does not explicitly set forth a standard of proof in such lawsuits, but the exclusive cause standard had been adopted by the state Supreme Court in 1984. Since then, all of the judges on the Supreme Court have changed, and the current judges said their predecesors got it wrong.

(Information for this story from the Kansas City Star.)