Redistricting plan by court was not the one approved by Legislature, signed by Pritzker 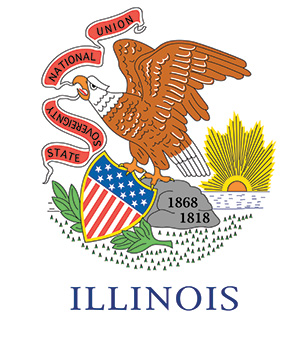 Illinois politics was thrown into confusion last week when a court ruling was widely reported, incorrectly, as a rejection of the legislative redistricting that the Legislature approved and Gov. J.B. Pritzker signed into law in September.

The three-judge federal court in Chicago did rule a Democratic map unconstitutional, but it was the first one, which was proposed and voted on in April.

That map was superseded by the one Pritzker signed in September.

The court, however, said it will consider objections and proposed changes to the September map starting Nov. 5.

The original map was challenged by Republican legislative leaders and by the Mexican American Legal Defense and Educational Fund.

Meanwhile, House and Senate committees are meeting in Springfield to discuss proposals for redistricting the state’s 17 U.S. House seats. Democrats have proposed a new map based on the 2020 Census.

SPOKE TOO SOON
The court said the Democrats’ first legislative map was based on census estimates before the final numbers were determined and that as a result, the districts were unevenly balanced in population.

“Most of the redistricting here is pretty well along the lines of what previously existed,” he said.

Sen. Christopher Belt (D-Cahokia), would pick up some new territory to the south in 57th District.

The 56th District, which includes House District 111, is expected to remain pro-Labor, but one factor is the status of incumbent Sen. Rachelle Aud Crowe (D-Glen Carbon), who has been nominated, along with others, for a U.S. attorney position.

COMMUNITIES TOGETHER
Randy Harris, the Madison County Democratic chairman, and director of the Laborers-Employers Cooperation and Education Trust (LECET) of the Laborers’ International Union (LiUNA), said the districts appear to be competitive. “They drew districts, it looks to me, like the Legislature tried to keep the communities of interest together. And I think they did a good job of it.

“We know that in Madison County in particular, things have been tougher the last few cycles. But when you keep the communities together that are similar, they’re very competitive.”

Harris is hopeful Democrats can win back the 111th House District, centered around East Alton, Wood River and Bethalto, which Republicans wrested away from Democrats in the last election.

Harris was also confident about Crowe, who he called “a fantastic state senator.”

“There’s nobody better – many are as good but nobody is better than Katie Stuart. I feel very confident that once they get out and campaign, once we explain to people what they’ve done and tell people what the Democratic Party has done for everyone, they’ll be just fine.”

“I think it’s the best map that we’ve had in the Metro East in probably 20 years. They really went about it the right way,” he said.

In 2011, the remap included parts of Cahokia, Washington Park and Caseyville into a far-flung district with Carbondale, and those sections are now being restored to Metro-East districts, he said.

Houlihan also is hopeful of a Democratic comeback in the 111th House District. “It’s a very good map,” he said. “They’ve kept communities of interest together, they did all the things they were supposed to, and they kept most of Madison County together. I think it’s a big win for working people in the Metro East.”

“The senators and representatives all have pretty good districts,” he said.

Sen. Crowe can expect a tough challenge from Republicans, he added. “We’ll have to be ready and mobilize the union households down there,” he said. “We’ll be working the whole district for Sen. Crowe. She’s doing a great job. She should be in pretty good shape. I’m sure she’ll be a target, though.”

The 111th District now represented by Rep. Amy Elik (R-Foster Township) was wrested away from Democrats in the last election with 54 percent of the vote.

What Democrats and their Labor allies in the 111th District need right now is a strong candidate, Looby said.

EAST ST. LOUIS LAWSUIT
One additional issue that could affect the final outcome is a lawsuit filed by the East St. Louis Branch of the NAACP challenging the September map’s treatment of majority-Black House District 114, centered around East St. Louis, saying a fifth of its Black residents would now be in other districts in order to strengthen other Democratic candidates, a move that could make it more difficult for a Black candidate to win the district, which has been represented by LaToya Greenwood (D-East St. Louis) since 2017.