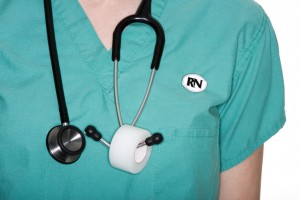 The secret ballot election was conducted by the National Labor Relations Board.

Of the 575 SLU Hospital nurses eligible to vote, about 70 percent cast ballots, with 305 nurses voting yes, and 99 nurses voting no.

Dustman said patient care was among the top 10 issues identified by nurses in a survey leading up to the election.

NNU is an AFL-CIO affiliate and currently represents about 175,000 nurses across the country, Corey Lanham, lead organizer for the Midwest said.

Organizing nurses has been a challenge in the St. Louis region. Nurses at Mercy Hospital St. Louis in Creve Coeur voted to decertify their union affiliation in 2007.

But organizing efforts by the NNU appear to be gaining steam.

Nurses at Des Peres Hospital, which is also owned by Tenet, have collected enough authorization cards to call an authorization vote there on June 22.

“This is our first attempt to organize in St. Louis,” Lanham said. “Given the opportunity, I think nurses will organize if they’re not impeded by union busting.”