The Labor Paper
and Press Associates

Springfield, IL  (PAI) – In his latest strong-arm tactic against his own state’s workers and their largest union, right wing Illinois Gov. Bruce Rauner manipulated the months-long negotiations with the American Federation of State, County and Municipal Employees (AFSCME) by declaring an impasse and asking the  – a board he named — to rule for his stand.

If the board agrees with Rauner’s claim that AFSCME committed an unfair labor practice by not bargaining in good faith, its decision would empower Rauner to impose his own terms and conditions on the 38,000-plus state workers AFSCME represents.

The move seemed to fulfill a pledge Rauner made two years ago at a Lincoln Day speech in Cumberland County in eastern Illinois, where he said he might “take a strike and shut down the government” to get concessions from public employees.

“The Governor’s asking for an impasse to be declared by the Labor Board is disappointing,” said State Sen. Dave Koehler, D-Peoria. “If this is a step to force a last and best offer on state workers, it will add even more chaos to state government.

“This is why I supported SB1229 – to engage both sides into interest arbitration as a way to settle the labor contract with AFSCME. Interest arbitration has been used successfully with police and firefighters in Illinois for many years, and would offer a reasonable way to end this dispute,” Koehler added. 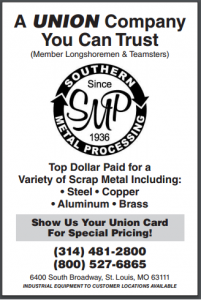 Rauner’s declared impasse with AFSCME, on top of his prior veto of the state budget for the same reason, is part of a nationwide war on workers, especially state and local government workers, waged by right wingers, business and their political puppets. The war also includes takeovers of Michigan local governments, so-called “right to work” laws in several states, repeal of prevailing wage laws, and decertification of unions, notably in Wisconsin.

The governor is so stubborn that the state has been without a budget since July 1. Many workers have gone without pay and basic functions have gone undone. For example, Illinois couldn’t even send out notices to residents to renew their drivers’ licenses.

“We reject the claim that the bargaining process is at an impasse,” said AFSCME Council 31 Executive Director Roberta Lynch. “The members of AFSCME’s rank-and-file-elected bargaining committee have consistently responded to the administration’s demands with fair counterproposals.”

It could be a month before a decision by the state panel of five people – four of whom Rauner appointed, renewed or promoted since taking office last year. After the board rules, the union will have to accept Rauner’s imposed contract offer or strike.

University of Illinois Labor Professor Robert Bruno said, “Unions want to use their collective bargaining process. The law exists so workers collectively have enough power to have a voice in their working conditions. They want the process to work, they don’t want something to short-circuit that.”

Saying he’s achieved deals with 17 other bargaining units, Rauner accused AFSCME of failing to agree to similar agreements. Lynch said his claim is misleading. “It’s regrettable and damaging to the public interest that the governor has chosen a confrontational path,” she said. “Just as Gov. Rauner is holding the state budget hostage, his ‘my way or no way’ demands of state employees are the obstacle to a fair agreement.

“Rauner’s demands would force workers and their families [to] pay double to keep their health care – making the Illinois state health plan the nation’s worst for any state workforce – while getting zero wage increase for four years. Instead of fairly compensating all workers, he wants to base bonuses on unknown criteria open to political favoritism.”