Home Labor News From Our Region Rauner’s behind bogus newspaper 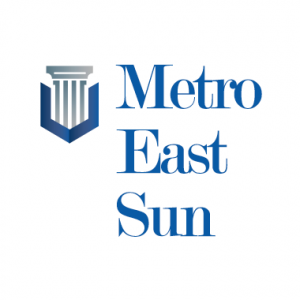 It sure looks like a newspaper, with stories and photos and a newspaper kind of title – “Metro East Sun.”

But do not be fooled. It is not a newspaper. It is Republican campaign literature.

This so-called newspaper showed up in mailboxes throughout the Metro East in recent weeks, to all appearances a new weekly claiming to cover a list of 15 towns including Alton, Collinsville and Granite City.

But a quick look at the content reveals the publication’s real point – almost every story is designed to support one Republican candidate or another. It lauds legislative candidate Mike Babcock; has Katherine Ruocco “slamming” her opponent, state Rep. Jay Hoffman, over a budget vote; and lets Senate candidate Paul Schimpf “blast” his opponent, Sheila Simon.

And Gov. Bruce Rauner, who has waged a two-year campaign against unions of all kinds in Illinois, is featured in a smiling, color photo on the front page with a story calling for retirees’ pensions to be reduced.

The eight-page broadsheet has only one advertisement, which seeks “field advocacy” workers for the “Illinois Opportunity Project,” which sounds a lot like door-to-door campaigning.

The printed paper won’t say who or what groups are publishing it, but the “About Us” section of its website is revealing.

It states, “We believe in limited government, in the constructive role of the free market and in the rights of citizens to choose the size and scope of their government and the role it should play in their society. Funding for this news site is provided, in part, by advocacy groups who share our beliefs in limited government.”

The website does refer to “Locality Labs Inc.” It turns out that Locality Labs is tied up with Liberty Principles PAC, a political action committee headed by Chicago radio talk show host Dan Proft – with financial backing from Rauner and fellow billionaire Sam Zell. Proft ran for governor in 2009 but finished sixth out of seven Republican candidates.

The website lists a group of 13 similar publications, among them the “Sangamon Sun,” the “East Central Reporter,” the “North Cook News” and the “Chambana Sun.”

One venerable Illinois daily, the Robinson Daily News, made note of the “East Central Reporter” with this finely crafted description:

“A recent political mailing may be mistaken for a local newspaper.”

That about sums it up.