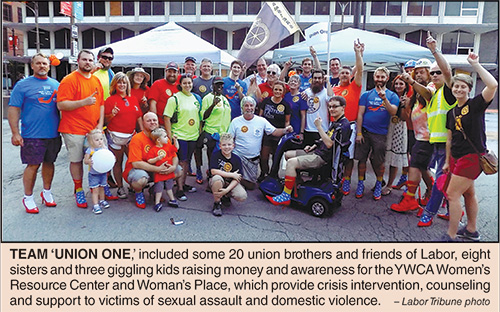 It takes real men, with supportive wives and girlfriends, to pull off fashionable red high heels in cargo shorts, but that’s what some 20 macho union men, eight women, friends of Labor and a few giggling kids did Sept. 19 for the Metro St. Louis YWCA’s Walk a Mile in Her Shoes event – part of the annual international men’s march to speak out against rape, sexual assault and gender violence. Both men and women met up for the seventh annual fundraiser at the Missouri Athletic Club in Downtown St. Louis before taking a wobbly walk around the block.

Walkers get friends and family to sponsor them, and money raised from the event helps fund YWCA services, including the Women’s Resource Center and YWCA’s Woman’s Place, both of which provide crisis intervention, counseling and other support to victims of sexual assault and domestic violence.

Kevin FitzGerald, a Heat & Frost Insulators Local 1 retiree, organized team “Union One” for the second straight year and turned out to take part despite a recent hospitalization. 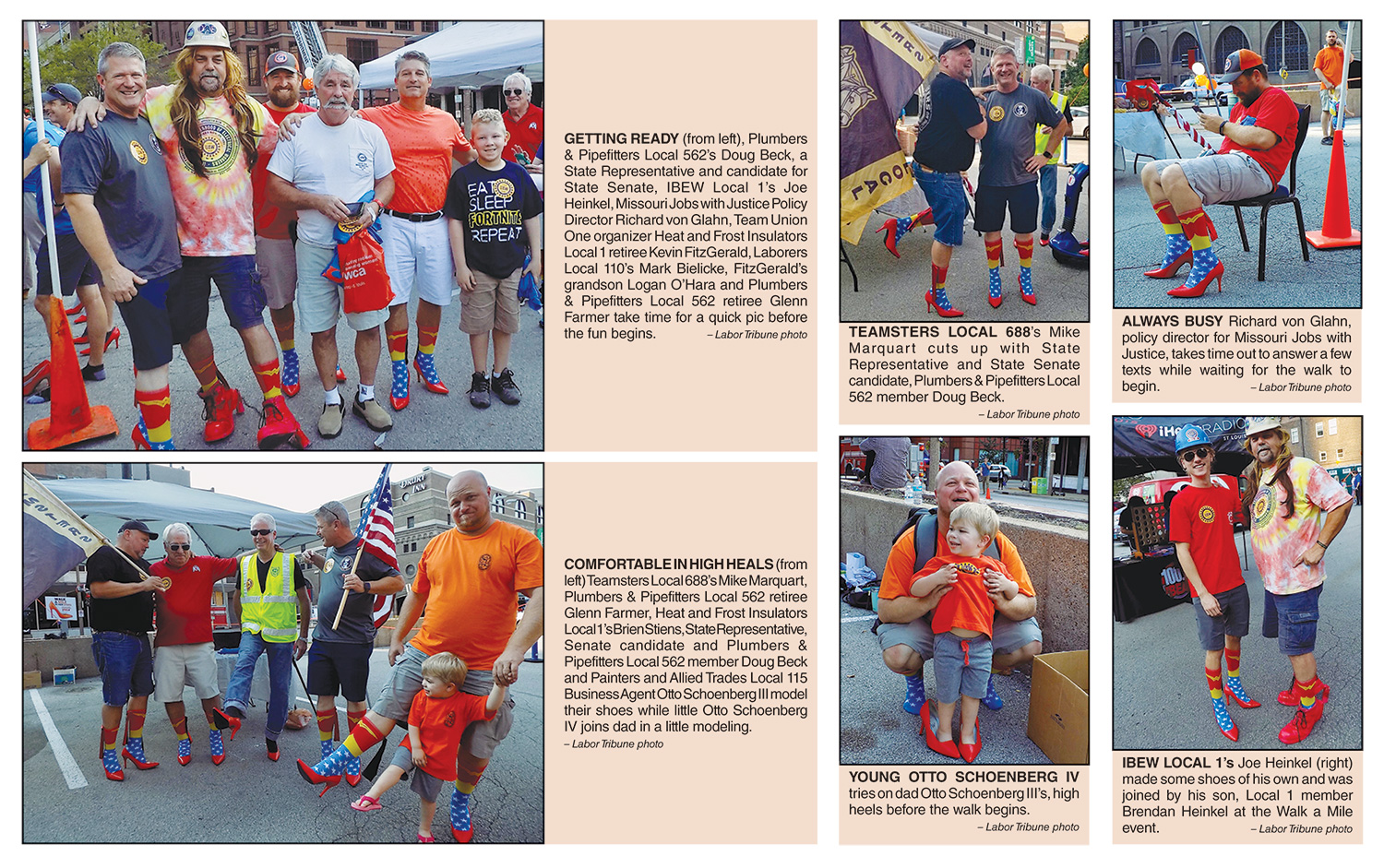 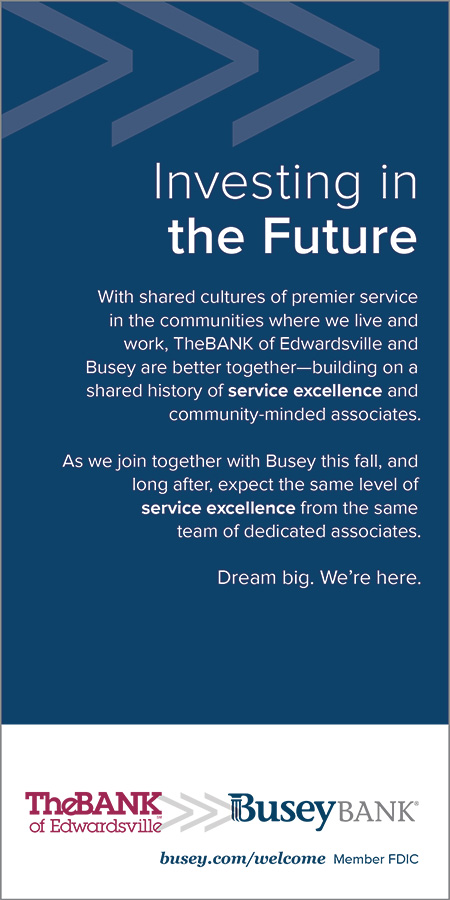