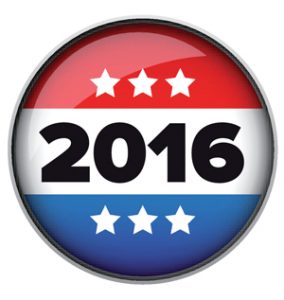 All three Democratic contenders vying for Missouri lieutenant governor in the Aug. 2 primary election are vowing to fight for workers and strengthen the middle class.

The Missouri AFL-CIO is “open” on the race, meaning there is more than one qualified candidate.

Russ Carnahan served as a representative in the Missouri House from 2000 to 2004 and as a U.S. representative for Missouri’s Third District from 2005 to 2013. In addition to his political career, he has worked as an attorney, a government relations director for a major health care system and now owns a small business.

Carnahan said he is running for the post to “clean up the political mess in Jefferson City” where many of the state’s elected officials are far too disconnected from the concerns of ordinary Missouri citizens. He said the state’s focus needs to be on rebuilding the middle class, creating good paying jobs and investing in education and infrastructure.

“We’ve been through a few political fights in the last few years, and I’m proud to say we’ve won most of them,” Carnahan said referring to the recent right-to-work and paycheck deception battles. “Gov. Nixon’s veto power helped in a couple of those instances, but our system works a lot better when we have a lieutenant governor who works with the governor.”

Tommie Pierson, Sr., a pastor and longtime advocate of workers’ and civil rights, has served as a representative in the 66th District since 2010. Pierson worked on the General Motors assembly line for 32 years as a UAW member and also served as a union representative – fighting for the dignity of all his co-workers, but especially for the few African-American union workers.

He founded the Greater St. Mark Family Church in Ferguson in 1977. A year later, the right-to-work measure went on Missouri’s ballot for the first time. As a UAW member and a pastor, Pierson worked with clergy across the St. Louis area to educate voters on why right-to-work was – and still is – so wrong for Missouri.

On July 12, 1999, Pierson was one of 300 people who walked onto Interstate 70 to protest a lack of diversity in Missouri Department of Transportation (MoDOT) contracts. That experience led him to turn his protest into policy. In 2006, he served as chairman of the Workforce Advisory Committee for “The New I-64” renovations from MoDOT. The committee launched training initiatives that diversified the labor force for the project and ensured the project was completed on time.

“As the son of a sharecropper, a 32-year member of the United Auto Workers and the pastor of a church in Ferguson, I have a unique perspective on the issues Missourians face,” Pierson said during his campaign kickoff. “We need to build a better future for all Missourians by understanding each other and building bridges across communities.”

Apple is the author of “EDUTOPIA: A Manifesto for the Reform of Public Education” and has also written several political essays that have been published in newspapers and online. He founded Populists in Action (a non-partisan political action committee) and Workfare Incorporated (a non-profit organization.) He is also an active member of The Sierra Club.

Apple calls himself a “Roosevelt Democrat for the 21st century and pledges to make Franklin D. Roosevelt’s vision for American workers – that that every worker has a right to a job that pays a living wage – a reality. He added that he believes government should “promote the general welfare” – and that means serving ALL of the people, not Wall Street, the big banks and corporations.

“”I think I know what’s wrong in the current political climate and how to fix it,” Apple recently told members of the Jefferson County Labor Club. “We need to be on the side of workers – not working for the fat cats.”