Festus, MO – With an overwhelming 87 percent vote in favor, workers at the first UFCW Local 655-organized MERS Goodwill store here have accepted their first union contract to cheers and jubilation that a great contract was achieved and a strike was averted, reported Local 655 President David Cook.

After 18 months of negotiations, employees on April 11 voted “NO!” by an overwhelming 93 percent to reject Goodwill’s first contract offer, and authorized strike action. After that, Goodwill negotiators immediately came back to the table with a “new attitude and willingness to be reasonable,” Cook said.

The new two-year agreement, effective May 3, provides a wage boost, improved wage progression scale, new benefits being provided at an earlier date, provides vacations, personal days, funeral leave and, most important, the protections of a union contract to part-time employees for the first time. It gives all employees important grievance rights against unfair discipline or firings –– something that was crucial in the talks, Cook stressed.

The contract represents a major victory as this is the first of MERS Goodwill’s 24 stores in the St. Louis region to be unionized.

‘THANK YOU’ TO UNION MEMBERS FOR THEIR SUPPORT
“We especially want to thank our brothers and sisters throughout the Labor Movement who supported our newest members by withholding donations of both goods and money in an effort to send Goodwill a strong message,” Cook said.

“Without the Labor community’s support, making it clear that Labor families were watching the outcome of this campaign, we could have not won this victory for members who really needed, and deserve, to have a union. Because of that support, we have an even stronger union family.” 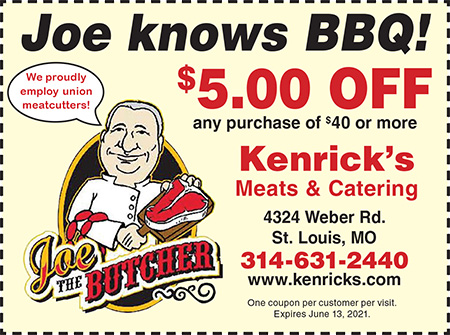