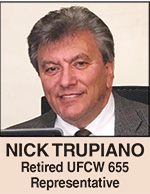 St. Peters, MO – A strong voice for working people and union member in St. Peters has announced his candidacy for the 4th Ward seat on the St. Peters Board of Aldermen. Nick Trupiano, a 44-year member of UFCW Local 655, is running for an open seat on the board. Trupiano retired from Local 655 in April 2017.

Trupiano served 24 years as a member of Local 655 staff as a union representative, political director and director organizing, giving him a direct and personal understanding of the needs of working families. He also was a Local 655 delegate to the St. Louis Labor Council and a member of the St. Louis Port Council.

“As Director of Organizing he fought to help more people join a union so they could get the better wages and benefits they deserved. As a Union Representative, he personally assisted our partners in need and made sure they were never mistreated by management. As our Political Director, he spent time working with elected officials in Jefferson City to fight attacks on the middle class funded by out-of-state millionaires and billionaires.

“Nick fights for working people, and I have no doubt he’ll fight for his constituents as well,” Cook stressed.

GIVING A VOICE TO CONCERNS OF WORKING FAMILIES

No stranger to the workings of city government, Trupiano currently serves as a commissioner on both the St. Peters Planning & Zoning Commission and the St. Peters Board of Adjustments.

“Serving on the Board of Aldermen will give me a platform to further give back to the city I love while upholding the values of Organized Labor and the benefits we bring to our community,” Trupiano said.

“As a long-time executive board member of Tri-County Labor Club, I have experienced the importance of having a voice in all local branches of government. We must make sure Labor is represented on all fronts.

“St Peters is rapidly expanding,” Trupiano said. “I will ensure prevailing wages are being paid whenever taxpayer monies are being spent. My goal is to ensure Labor’s concerns, and those of our ward constituents, are addressed.” 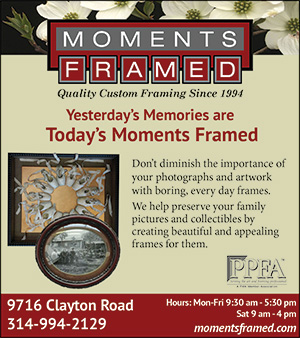 Campaigns require funding to get their message out, and Trupiano is asking unions and union members to donate and/or volunteer to help him win.

“Running a campaign takes money and a commitment to help. I would appreciate a monetary donation and would welcome concerned unionists who want to have a strong worker’s voice on the St. Peters Board to join our team,” he said.

Contributions can be made to Citizens for Nick Trupiano and mailed to 129 Universal Drive, St. Peters, MO 63376.

For more information or to volunteer, you can call Trupiano directly at 314-420-0808 or email ntrup44@gmail.com.