Bathon, of Florissant, was presented with the 2019 Conservation Steward of the Year Award for his union. The award recognizes volunteers from each of the Alliance’s charter unions who have helped organize union volunteers to donate time and skills to preserve our outdoor heritage.

Bathon was a leader in the revitalization of public access to the Meramec River at Minnie Ha Ha Park in Sunset Hills. The effort began in early 2017 when Bathon spearheaded an Alliance “Work Boots on the Ground” project in which union volunteers from Local 335 tore out and replaced a boat ramp that dated back to the 1940s and was in poor condition.

Less than a week after it was completed, catastrophic flooding damaged the new structure beyond repair. Undeterred, Bathon helped devise a new design to stand up to future flood waters and rallied the union volunteers to again rebuild the ramp, which was then completed on Aug. 13, 2017. Volunteers donated more than 500 hours of labor.

NAMED FOR UTILITY WORKER RON SCHNEIDER
The project was funded through a $35,000 grant from the American Water Charitable Foundation. It was named the Ron Schneider Boat Ramp to honor a longtime UWUA member who aided the initial rebuild. Bathon organized the dedication event in April 2018, which included a family outdoors day that drew more than 250 participants.

“Allan has repeatedly proven himself a leader willing to step forward and make things better, both in the workplace and his community,” said Walt Ingram, director of union relations for Union Sportsmen’s Alliance (USA).  “He brought UWUA Local 335 and its members together to work with Missouri-American Water to complete a fantastic community service project at Minnie Ha Ha Park. The new ramp will benefit local residents for decades to come.

“The benefits of Allan’s leadership in conservation far exceed this single project, however. They extend all the way to the UWUA International and our national partnership with American Water.”

Brian Dowler, director of membership, marketing and communication for the Alliance, presented Bathon with the award July 26, 2019 at the UWUA convention in Las Vegas.

“I am honored to receive this award, but it’s not my honor alone,” Bathon said. “It belongs to everyone who put in a lot of hard work on this project.”

A BLESSING OF RESOURCES
Creating opportunities for people to enjoy the outdoors was a major motivation for the union volunteers, he said.

“We’re blessed with natural resources like the Meramec, Mississippi and Missouri rivers in our area, but work needs to be done for people to access them,” Bathon said. “We decided to step up our game and start making it happen.”

(The Union Sportsman’s Alliance is a union-dedicated, nonprofit organization whose members hunt, fish, shoot and volunteer their skills for conservation. For information visit unionsportsmen.org or look for them on Facebook, Twitter or Instagram.) 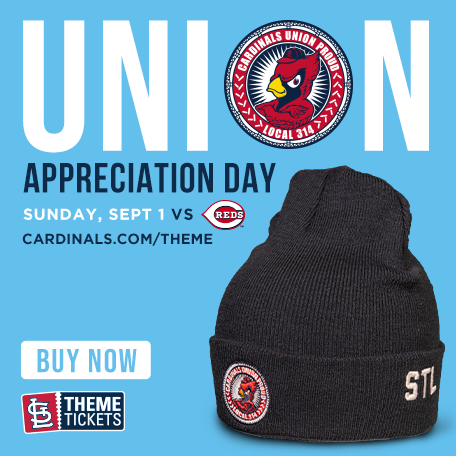