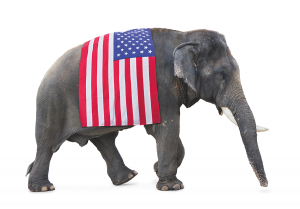 Organized Labor is putting forth a coordinated effort to elect and re-elect worker-friendly Republicans in the Missouri House and Senate and that requires asking union members to do something they don’t often do in the Primary Election Aug.  2 – take a Republican ballot instead of a Democratic ballot.

These worker-friendly Republicans have stood up for, and voted with, Organized Labor against right-to- work because they knew it was the right thing to do for ALL working families in Missouri.

Now, because they represented their constituents and voted their principles rather than blindly following the anti-worker demands of Big Business, they find themselves under attack by far right conservative PACs who have intentionally put up opposition to them in the Republican primary to punish them for voting against their special interests and for the working people of Missouri.

Republicans we need to support in the Aug. 2 Primary Election are:

IN THE SENATE PRIMARY

IN THE HOUSE PRIMARY

In the House, worker-friendly Republican candidates needing our help in the Primary include:

“They have stood by us when others in their party were attacking Labor. We need worker-friendly representatives on both sides of the aisle if we’re going to stop these unrelenting attacks on working families. For our members in these districts, that’s going to mean pulling a Republican ballot in the Primary Election Aug. 2.”