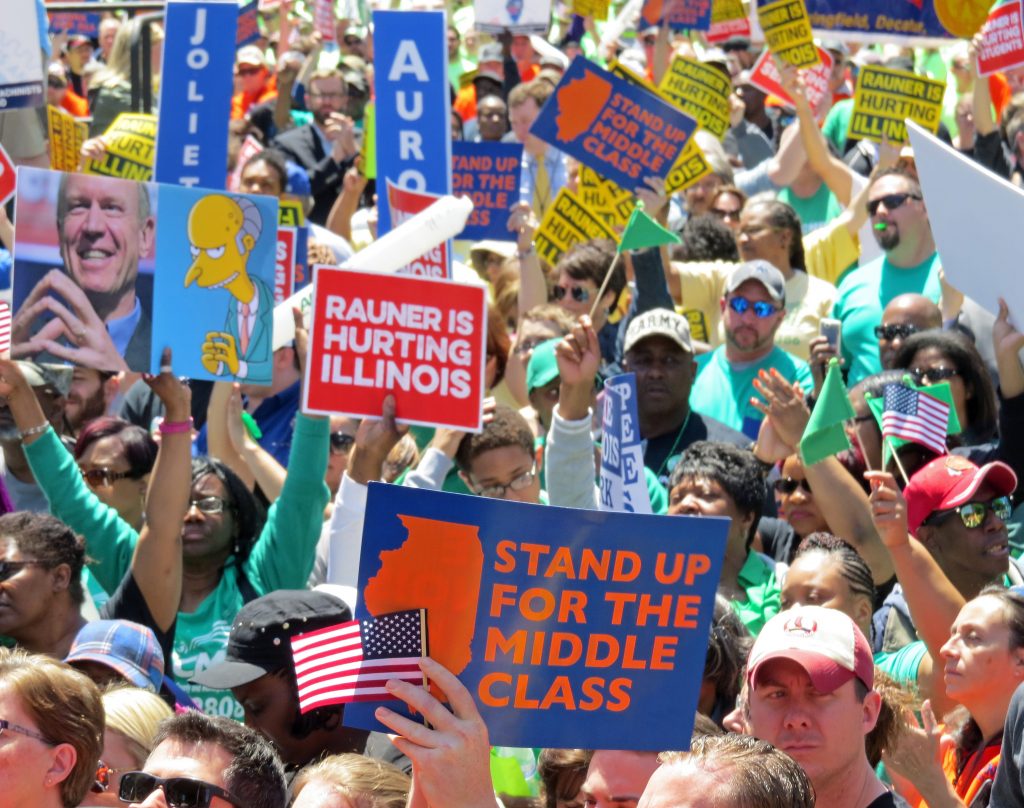 Union activists and their allies thundered in opposition to Governor Bruce Rauner and his anti-worker, anti-family policies in front of the Illinois State Capitol Wednesday.

An estimated 10,000 union members, religious leaders and representatives of community groups joined in the “Rauner Is Wrong” rally, hosted by the Illinois AFL-CIO.

The tidal wave of working family union members gathered in downtown Springfield and then marched a few blocks to the Capitol, where they filled a two-block section of street in front of the building’s east entrance and its Abraham Lincoln statue.

The talk focused on public employees, but the crowd was also full of private-sector union members.

“Social service agencies are closing their doors, cutting off access to vital programs and laying off dedicated workers,” he said in an angry voice.

“Public universities are faced with massive funding cuts that threaten their core mission. Infrastructure projects across the state are stalled.

“Schools may not open in the fall. State government has been shut down as the governor tries to force state employees out on strike.

“Local governments are cutting staff and services, and the state’s debt is piling up as medical providers and other vendors take to the courts to secure payments owed.”

Carrigan chalked it all up to Rauner’s hatred of unions:  “Governor Rauner is determined to ram through his extreme and harmful agenda, and he doesn’t care about how much damage he inflicts on you in that process.”