Washington – Saying that Congress finally did something to help create U.S. jobs, unions are lauding congressional passage of a comprehensive water-and-sewer projects bill.  The House approved the Water Resources Reform and Development Act (WRRDA) on May 20. The Senate OKed it on May 22.

Introduced by Illinois Congressman Bill Enyart in the House, and Senator Dick Durbin in the Senate, the bill includes:

• Funds to cover the cost of the Wood River Levee. The bill authorizes $25.66 million for necessary upgrades on the levee, ensuring that levee defects caused by construction on the Melvin Price Dam are completed at 100 percent federal cost.

• Creation of a Water Infrastructure Finance and Innovation Authority, allowing for federal-private programs to finance water infrastructure with $175 million in project subsidies, encouraging the use of American-made products like iron and steel, creating jobs and economic growth for companies like U.S. Steel in Granite City.

• Authorization for a study of the Mississippi River Basin during times of extreme weather.

•  Recommendations to improve management of the basin for navigation and flood risk.

• Measures to improve river forecasting tools and expand the flexibility for the Army Corps of Engineers to maintain proper navigation while restoring and protecting fish and wildlife habitats.

“The best way to improve our economy and preserve jobs is to invest in our infrastructure,” Enyart said.  “This legislation will provide critical dollars to strengthen our waterways and ensure they continue to be the gateway for our

Southern Illinois crops, coal, chemicals and manufactured goods all around the world.”

The bill, represents the first comprehensive water infrastructure legislation since 2007.

AFL-CIO Transportation Trades Department President Ed Wytkind said the measure would give “a much-needed boost“ to U.S. ports and waterways.

“With billions of dollars needed to upgrade our ports and harbors, millions still looking for work, and mega-ships poised to divert to foreign seaports because U.S. maritime facilities have failed to modernize quickly enough, this legislation could not have come at a better time,” Wytkind said. 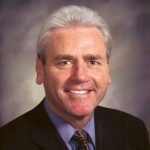 into the Harbor Maintenance Trust Fund are used for their intended purpose and not diverted or left unspent.

This has long been a priority for TTD unions, Wytkind said, and will strengthen maritime and port sectors for years to come.