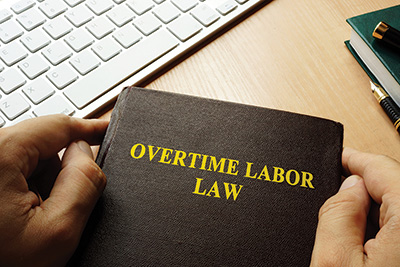 Washington (PAI) — Saying they want “to give millions of middle-class workers the overtime protections they deserve,” four top congressional Democrats whose committees handle workers’ issues introduced legislation to mandate that workers earning less than $51,064 be automatically eligible for overtime pay, starting next year.

Their measure would write into law Obama-era Labor Department overtime pay rules that virtually doubled the top pay limit for mandated overtime, plus an extra boost to cover inflation in the last three years. The limit, now $23,660 per year, last rose in 2005.

“The level for overtime pay is out-of-date and does not support working families who are struggling to make ends meet. Only full-time, salaried workers who currently earn $455 or less per week…are automatically guaranteed overtime pay when working over 40 hours per week,” the lawmakers said in their June 11 fact sheet.

Scott chairs the House panel that would handle the bill and held a June 12 hearing on it. Murray is the top Democrat on the GOP-run Senate committee that would consider it.

This year, Trump Labor Secretary Alex Acosta proposed raising the limit to $35,308 annually. That would add a million workers to the numbers eligible for overtime pay, Acosta said. And it would leave millions more out – whom Obama’s overtime pay rule would have covered – the lawmakers retorted.

“According to the Economic Policy Institute, the Trump administration’s proposal will leave behind more than eight million workers compared to the Obama-era rule. This means over half of the workers who would have gotten new or strengthened overtime protections under the 2016 rule would be left behind by this proposed Trump administration rule,” their fact sheet added.

“Unfortunately, rather than supporting the strong protections included in the Obama-era overtime rule, the Trump administration issued a new proposal that would leave 8.2 million workers behind, depriving them of a combined $1.6 billion in lost wages in the next year alone. The Restoring Overtime Pay Act would codify the salary level set in the 2016 Obama overtime rule and guarantee that more salaried workers get the overtime pay they deserve.”

“People who work 50 or 60 hours a week should be paid the wages they’ve earned. Period,” said Brown. “By failing to stand up for workers and defend the overtime rule, the president is failing to put workers first and is driving down the value of work. Our bill would fix this, and make sure workers are paid for every hour they put in.”