While American sedans are becoming largely extinct, Ford’s Lincoln division has bravely reprised its most iconic luxury marque, the Continental. To celebrate the 80-year-old brand, Lincoln built a limited 2019 version of probably its most famous design, the 1961 Lincoln Continental featuring center-opening doors.

“This is an homage to the past and iconic styling and glamour of the 1960s,” said David Woodhouse, design director at Lincoln. “This was a time of pencil skirts, when the center-opening doors provided elegance with ingress and egress to the vehicle.”

Like the 1961 version, the special edition has “coach doors,” known among car aficionados as “suicide doors,” which open from the center of the vehicle to allow rear-seat passengers to enter and exit gracefully. That early-1960s Continental made plenty of movie appearances over the years including “Goldfinger” and even “Animal House.” It was also a major influence on the 2002 Continental concept that never made it to production. One of the designers on that concept was Woodhouse.

“It was an era of the great space race, superpowers and Camelot,” wrote the Detroit Free Press. The Lincoln Continental design was praised by famed architect Frank Lloyd Wright and selected for exhibition at the Museum of Modern Art in New York.

IMMEDIATELY SOLD OUT
The suicide doors are not a Lincoln innovation. They’ve been around since the dawn of the modern automobile, but they’re particularly tied to the 1961 Continental. “Suicide doors are traditionally seen as less safe for ingress, egress,” said one industry observer, “but in order to succeed, luxury brands have to take risks. They must make products that are jaw-dropping.”

The convertible version of the Continental is known by American historians as the vehicle that carried John F. Kennedy in Dallas on the day of his assassination. That car is on display at The Henry Ford museum in Dearborn, Mich.

Within 48 hours of the special edition’s debut, collectors began snapping them up. Michael Oakley is one of only 80 people in America who scored a $110,000 Lincoln Continental within 48 hours of its debut. “You see a particular car driving down the street or at the Detroit auto show and you say, I’ve got to have one of those,” Oakley told the Detroit Free Press. “Melding the past with the present or future, to me, is a cool idea.”

He was among hundreds — mostly from New York, Los Angeles and Miami — who swamped Lincoln dealerships with requests as soon as news broke on Dec. 17 of a handcrafted 80th Anniversary 2019 Continental Coach Door Edition, Lincoln reported.

“Our first two calls came from New York and the West Coast; each wanted to be first,” said Robert Parker, director of marketing at Lincoln. “One customer was one of these people who could have whatever they wanted, and he wanted to match the Lincoln with his aircraft,” he told the Detroit Free Press.

“We will do a limited 2020 version,” Parker said. “We’re hearing not only from here in the U.S., but other markets that are interested, too, be it Dubai or Shanghai.”

Each vehicle was built at Lincoln’s Flat Rock, Mich., plant and then shipped to aftermarket automotive specialists to be custom cut and finished. The 2019 Continental is six inches longer to allow for the center-opening doors to open completely. Unlike the 1961 version, the vehicle has all the high-tech amenities expected in luxury vehicles today, including 30-way seat adjustment, massage, illuminating lights, driver assist, wireless charging, speed display projected onto the windshield. Plus, it’s a hardtop, not a convertible.

CONTINENTAL WAS REVIVED IN 2017
Almost as soon as Lincoln revived the Continental nameplate for the 2017 model year, after a hiatus of over a decade, the suave styling of the new four-door almost demanded the coach-door treatment, said one automotive writer. While the design and features of the current generation Continental have generally been well received by critics since it debuted two years ago, it arrived in the market as sedans were going into freefall.

SUVs like the MKX/Nautilus, Navigator and MKC have kept the Lincoln brand alive and growing over the past several years. That trend should accelerate with the addition of the Aviator.

For now though, the Continental is still with us, and Lincoln hopes the Coach Door edition draws some new eyes to the big sedan. A limited number of additional Continental Coach Door Edition sedans will be available for the 2020 model year, Lincoln confirmed.

THE  ‘OTHER’ LINCOLN CONTINENTAL
Ford CEO Mark Fields explained to Business Insider the importance of keeping the luxury brand Lincoln alive. In the U.S. alone, he said, luxury can make up 13 percent of the entire industry and upwards of nine percent worldwide. “But it represents over a third of the profits,” he added. If Ford let Lincoln go, it would become the only major global carmaker without a luxury brand.

Today’s 2019 Continental shares its fundamental platform with the Lincoln MKZ and Ford Fusion, albeit with a longer wheelbase. The 2019 production Lincoln Continental with normal-opening doors serves up a massive back seat and straightforward tech features.

The main appeal of the 2019 Continental is its price and value. Starting at a little more than $46,000, it’s the least expensive car in the class, though it comes with a lot of standard amenities, including heated seats, Android Auto, and Apple CarPlay. New for this model year, the Continental comes standard with several driver assistance features, including blind spot monitoring, pedestrian detection, and automatic emergency braking.

The 2019 Lincoln Continental starts at $46,145, which is the lowest starting price among luxury large cars. The Select and Reserve trims start at $49,945 and $59,710, respectively. You can outfit any of these three Lincoln Continental vehicles with all-wheel drive for another $2,000. The top-of-the-line Continental Black Label starts at about $70,000.

The 2019 Lincoln Continental has front wheel drive and gives you a choice of three V6 engines. The standard offering is 3.7 liters with an output of 305 horsepower. For those who demand more acceleration, look to one of two twin-turbocharged V6 variants. The mid-range power plant is 2.7 liters and puts out 335 horsepower, while a 3.0-liter twin-turbo V6 makes 400 horsepower. All three engines are paired with a six-speed automatic transmission.

The $3,000 Rear-Seat Amenities package available in the Reserve and Black Label trims adds ventilated, power-reclining, and four-way power lumbar adjustments for the rear seats, as well as sunshades and a special center console. The 30-way power-adjustable front seats and a 19-speaker Revel stereo are also optional. 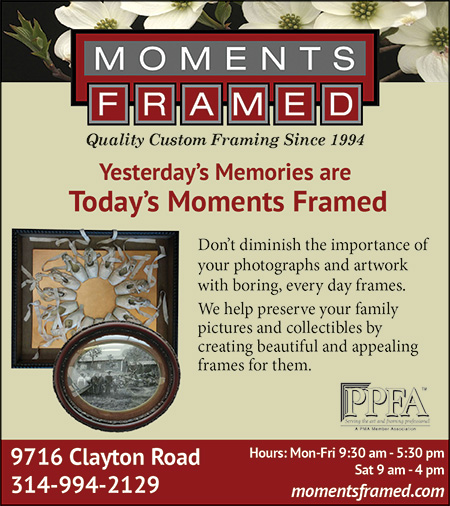