It was early April of last year. The people of the Labor Movement in Illinois and their Democratic Party supporters were in serious doubt about what kind of future they might have under first-term Governor Bruce Rauner.

Up to that point, Rauner had been obstructing any attempts to do the public’s business – except in cases when it might damage unions, which seemed to be Rauner’s top priority.

Then a name surfaced that most people in Illinois had never heard – that of J.B. Pritzker, a big guy who turned out to be a friend of Labor and who had seemingly endless resources to run for governor against Rauner, who had plenty of his own.

Pritzker announced his candidacy for governor on April 6, too early in the election cycle to stir up much public interest, but in time to lay the groundwork for a successful run for office. He was an heir to the Hyatt Hotel fortune and an active businessman in his own right, worth an estimated $3.2 billion. People were skeptical but intrigued as well.

When they listened to what he had to say, it turned out he was a real supporter of the Labor Movement who wanted to make the government work for all of its citizens. Pritzker’s positive message helped him vanquish a roster of worthy primary opponents that included Chris Kennedy, son of RFK.

Pritzker couldn’t have been more clear about his message. “You want to know why I’m running for governor? Everything we care about is under siege by Donald Trump and Bruce Rauner,” he said early on.

So began Pritzker’s quest, which reached its fruition in the Nov. 6 election when he slam-dunked Rauner with 54 percent of the vote, about 2.3 million votes, to Rauner’s 39 percent, or 1.7 million.

Sam McCann of the Conservative Party had 4.3 percent, or 188,230, and Kash Jackson of the Libertarians had about 2.4 percent, or 105,000. Some concerns that they might swing the race to Rauner turned out to be unfounded.

One note, however. Rauner actually won in most of the state – in 88 counties, compared to only 14 for Pritzker. Cook County provided 1.2 million votes for Pritzker and just 411,000 for Rauner, accounting for more votes than the final margin of victory. That’s Illinois politics, though. It’s happened before. 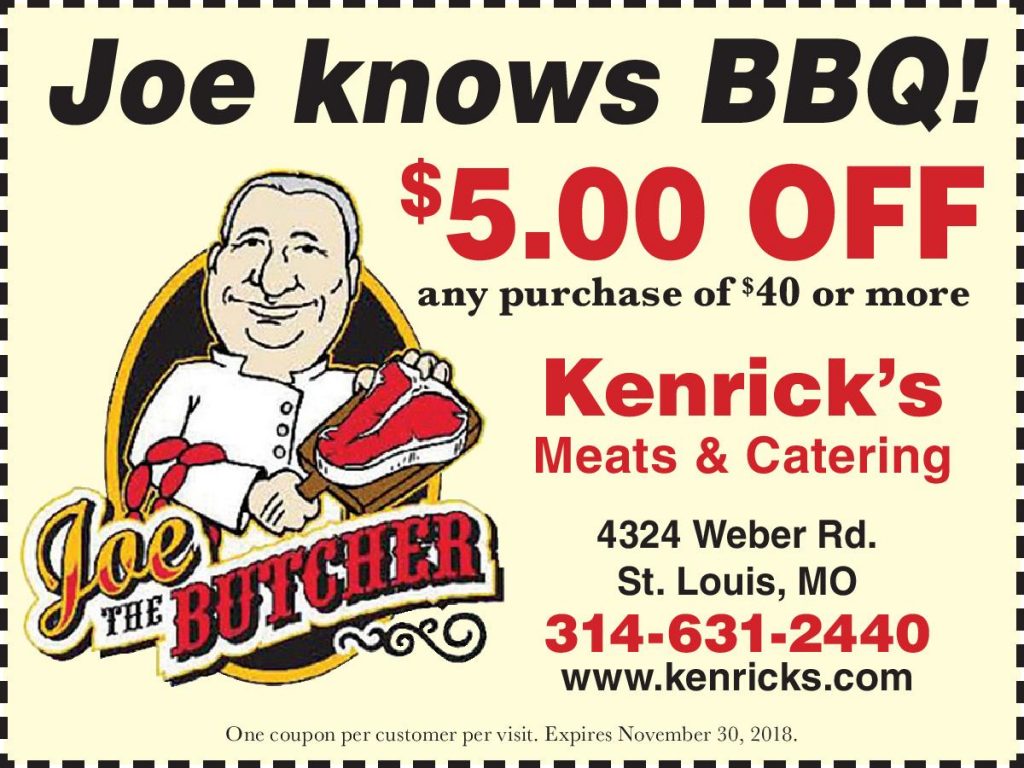 During the campaign, Pritzker made an extra effort to become familiar in downstate and southern Illinois, turning up at seemingly every big Democratic Party event. And he kept bringing up some of the same points, which may give an indication of what he plans to do.

• INFRASTRUCTURE – Over and over, Pritzker said he wants to work with Labor to start the rebuilding of Illinois much-neglected infrastructure – highways, waterways, bridges and railroads.

• RIGHT TO HEALTH CARE – “Everyone deserves a doctor, and I mean everybody,” he said at his last Metro East campaign stop before the election.

• BARGAINING RIGHTS – “When I’m governor, the Department of Labor is actually going to protect Labor in Illinois,” he said. “When unions are strong. you know the middle class is strong.”

• EDUCATION – Pritzker laid out these goals: to provide quality public education for all, including affordable college and a return to vocational education so young people can learn trades and skills they can use to make a living.

Of course, Pritzker and the Democrat-controlled Legislature must also find a way to get a handle on the state’s financial crisis, which was truly a bipartisan “accomplishment” that was many decades in the making and may take as long to resolve. Anything else Pritzker wants to do will be affected by this issue.

We’ve seen what happens when the governor is at war with the Legislature – the financial crisis deepens, like when Rauner made it worse by delaying payments on the debt and incurring needless late fees. Now we should have a chance to see the government working together on it, he added.

Pritzker’s story has really just begun. He has an opportunity to do great things. It will be, no doubt, an interesting four years. 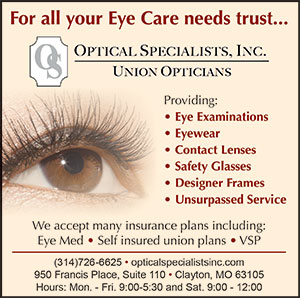 CARRIGAN: END OF A DARK TIME

Mike Carrigan, president of the Illinois AFL-CIO, put it this way: “It’s time to move forward. Illinois has been through a very dark time under Bruce Rauner. It’s time to get to work on policies and a functional government that works together on solutions to the issues we face.

“Bruce Rauner’s solutions were old and tired when he put them out there four years ago,” Carrigan added. “You can’t cut wages and worker protections as an avenue to prosperity. We are looking forward to working with J.B. Pritzker and the Legislature on investing in the Illinois work force and rebuilding the middle class.”

Roberta Lynch, executive director of AFSCME Council 31, said Illinois can celebrate reversing the destructive course that Rauner set for the past four years.

“Illinois voters did more than defeat Bruce Rauner and end his four years of conflict and failure,” she said. “Voters across the state came together to support working people and to repudiate not just Rauner personally, but his mean-spirited, anti-worker, anti-union agenda up and down the ballot. Voters rejected candidates willing to do Rauner’s bidding and to divide our state, opting instead for leaders who want to move Illinois forward to benefit everyone, not just Rauner’s wealthy few.”

Republicans got the better of Labor’s Democratic allies in much of southern Illinois in the Nov. 6 election, although one county – Jackson – proved to be a stronghold for Democrats and Labor.

Frank Byrd, the Democratic candidate, was elected Jackson County Clerk county clerk with 53 percent of the vote. He replaces the retiring Larry Reinhart. Democrats won three of five county board seats, and the county chose Democrats for all state offices and all three county offices, including sheriff, treasurer and assessor. Carbondale supplies a strong Democratic base in the county.

Jason Woolard, a Labor leader from Carterville, was defeated in his bid to unseat Representative Dave Severin (R-Benton), a businessman, in the 117th House District.

Woolard is an IBEW business rep and currently is president of the Southern Illinois Central Labor Council, AFL-CIO.

The district is within Williamson, Franklin and Hamilton counties.

“There was an anti-Democrat vote that came in in a big wave,” Woolard said after the results showed Severin getting 57 percent. “I don’t know if it’s a pro-Trump or anti-liberal movement. I felt like our message was being well-received.

Representative Natalie Phelps Finnie (D-Elizabethtown) lost her election bid to Patrick Windhorst (R-Metropolis) of the Massac County state’s attorney’s office. Finnie was appointed in September 2017, to the 118th House District seat to replace her cousin, Brandon Phelps, who retired during his eighth term. Her father David Phelps held the post for two terms before that.

“I gave it my best; I gave it my all,” Finnie said. “The people have spoken and I respect that.”

She added, “I want to send a message to every person who says they are Christian and speaks hatred and division. There is no room for hatred and division in the body of Christ. We need to have love, mercy and forgiveness in all things as Christ taught.”

Teacher and Labor organizer Marsha Griffin of Jonesboro once again lost to Representative Terri Bryant (R-Murphysboro) in the 115th House District. They also tangled in 2016.

Bryant was helped by the state locating a minimum-security prison in the former Murphysboro Youth Center. Bryan was one of the Republicans who voted to override Governor Bruce Rauner’s veto to end the long-standing state budget impasse.

Griffin is the founder of My Brother’s Keeper, a charitable foundation that works to support corrections officers.

Veteran Associate Judge Christy Solverson (D-Carbondale) easily defeated attorney Steven Bost, son of the Congressman, to become Jackson County Resident Circuit Judge, replacing William Schwartz. She was appointed an associated judge in 2005 and is a board member of Southern Illinois Women for Health and Wellness.

Solverson is the sister of John Wyrostek, business rep for Carpenters Local 664 in the Madison County area. She won 59 percent of the vote.

“I’m a conservative Democrat and many people in our area are conservative, especially socially,” he said. “But when you say Democrat, they attach you to a certain platform. That national platform definitely stood in my way.”

Businessman Jason Plummer (R-Edwardsville) defeated Democrat Brian Stout in the strongly Republican 54th Senate District, which extends across central and southern Illinois from Madison County on the west to Marion and Effingham counties on the east. Plummer also ran for Congress in 2012 and for lieutenant governor in 2010.

(Information from the Southern Illinoisan newspaper and other sources.)