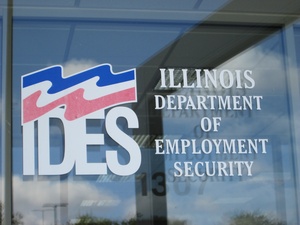 Collinsville – Employers and their consultants used to think of the Illinois Department of Employment Security’s enforcement efforts as a joke that could be ignored, but now the Department is cracking down on misclassification of employees.

In particular, the Department (IDES) is seeking out employers who treat employees as independent contractors to save a few dollars, IDES Deputy Director of Business Services Gideon Blustein told the Southwestern Illinois Building and Construction Trades Council at its July 10 meeting.

Blustein asked the Council members to alert the Department to violators.

“Don’t assume we are not investigating,” he told the council. “We are investigating every lead that you give us. The problem is that under our state law, we cannot disclose any information about it.”

Why make the effort? According to Blustein, misclassification causes Illinois to lose $624 million a year that should go into the unemployment trust fund, $589 million a year in lost income tax revenue and $121 in lost workmen’s’ compensation premiums.

As Blustein put it to the union leaders: “You are being priced out of the market by people who are breaking the law.”

To qualify as an independent contractor, a worker needs to be free of supervisory control and must work outside the employer’s place of business and at independent hours, Blustein said.

So far, the increased effort is making a difference, although it doesn’t always show up in public decisions and fines. Nine times out of 10, employers choose to settle their cases.

“Out goal isn’t to put people out of business – unless they want to be put out of business,” Blustein said. “Coming into compliance is the main point, not fines.”

Unions seeking investigations into employers need to collect documents ahead of time such as W-2 and 1099 forms, invoices, checks, timesheets, payroll reports and correspondence.

“We can very quickly call, figure out what the facts are and then make sure we are pursuing the employer,” Blustein said.

The first sign that an investigation is making a difference is when the employer begins to change its policies and reverse its mis-classifications, he added.

In southern Illinois, the contact for the IDES is John Otey in Mt. Vernon, who can be reached at 618-241-6705 or by e-mail at John.Otey@illinois.gov.