As a result, Mendoza will now release $537,841 in state payments to Grafton Technologies, of Jerseyville.

The Illinois prevailing wage law requires contractors and subcontractors to pay laborers, workers and mechanics employed on public works projects no less than the state-set prevailing rate (usually the union rate) on taxpayer-funded projects.  The rates are based on voluntary annual wage reports submitted by area contractors in the localities where the work is performed.

In March, Sean Stott with Laborers’ International Union in Springfield filed a report with Mendoza’s office alleging Grafton Technologies was failing to provide certified payrolls to the Department of Labor on a $1.5 million state contract to install broadband.

The Comptroller’s office determined that Stott’s inquiry raised legitimate concerns about compliance with the Prevailing Wage Act. Previously, the state had paid Grafton $370,751 for broadband installation in Jersey County, but Grafton did not submit the required certified payrolls.

So the Comptroller’s Office held up $537,841 in payments still due, and the Department of Labor joined in the investigation, including a tour of the job site in March.

In late July, the company reported it had paid $61,416 in underpaid back wages to workers, and the Department of Labor additionally fined the company $9,212. In August, the Comptroller’s office received confirmation of the payments.

PUTS CONTRACTORS ON NOTICE
“I take my role as Illinois’ chief fiscal and accountability officer very seriously,” Mendoza said. “And when a company getting state funds on a project short-changes the working men and women of Illinois by not paying them the prevailing wage, I will not hesitate to hold up those state funds to get the company to follow the law.”

Mendoza signed an executive order in August 2019 putting companies on notice that her office would monitor compliance with the Prevailing Wage Act and hold up state payments to companies that appeared to violate it by under-paying workers.

“If any employer thought my Prevailing Wage Executive Order was something they could ignore, this should put them on notice that I will vigilantly watch out for the rights of Illinois workers,” Mendoza said.

“On behalf of all the working men and women of the building trades that we represent in Illinois, I thank Comptroller Mendoza for demonstrating how state government can be a watchdog over an area of law where we previously had to fend for ourselves,” Devaney said.

“This serves as a warning for contractors that Prevailing Wage requirements are the law of the land and you must comply,” he added. “The AFL-CIO stood in support of the Comptroller’s Executive Order when she signed it two years ago and will continue to support her role as a much-needed watchdog for worker’s wages.”

B. Dean Webb, president of the Greater Madison County Federation of Labor, announced the decision at the Federation’s meeting Thursday night.

“I think it’s a great thing that we have a comptroller who will take control and actually enforce the law – that’s what they’re there to do,” he said in an interview. “Thankfully, Susana Mendoza is doing the right thing. Hopefully that sends a message to all the other contractors out there that it’s the law and that they should do the right thing.”

“In that time, I have seen companies use all kinds of schemes to avoid paying their workers what they are owed,” Penn said. “There is only one sure way to get that company’s attention, and that is doing what Comptroller Mendoza did by restricting the flow of money into the company’s accounts until they do what’s right and follow the law. And for that, we can’t thank her enough.” 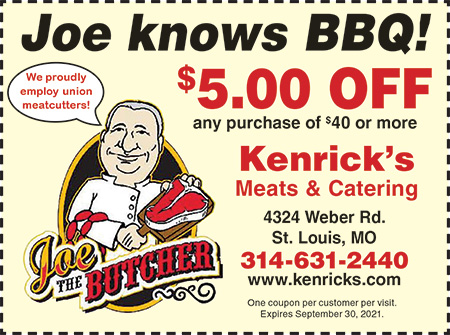