Home Labor News From Our Region Job growth: Half empty or half full? 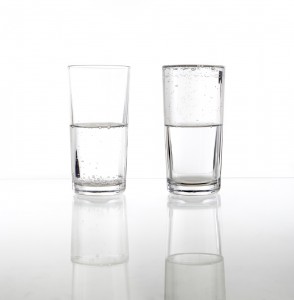 Will pessimistic reporting of job news impact the election?

Is it possible that the outcome of the Presidential election could be affected by journalists reporting on monthly jobs growth consistently portraying the numbers as if the glass is “half empty” rather than “half full?”

From Day One the Obama administration has worked hard to pull America out of the unemployment ditch dug by the Bush administration. Despite the fact that 4.5 million jobs have been created in the last 29 months, including 1.1 million this year, the media consistently portrays the jobs glass as half empty.  Meanwhile the nation has experienced 29 straight months of private sector growth, a significantly better record than the previous Bush administration.

For comparison purposes, a review in the Washington Post in Jan. 2009 noted, “President Bush has presided over the weakest eight-year span for the U.S. economy in decades.” Or the blog post from Common Sense Progressive Politics: “In the last two years of the Bush fiasco, the economy overall lost 5 million jobs."

“Despite growing 163,000 new jobs in July, the economy is not growing as fast as it needs to grow….” intones a national newscaster with furrowed brow, again seeing the glass half empty.

What? 163,000 new jobs created in one month is somehow disappointing news? That’s 163,000 people going back to work, and families getting their lives back on track. For these employed workers, the glass is at least half full and maybe better!

Let’s face it, we’re a recovering economy, with miles to go.  But when you want to walk a mile, you begin with the first steps.

HOPE FOR THE FUTURE

These positive numbers do, however, create hope for the future. A renowned Zen master and social activist once said, “Hope is important because it can make the present moment less difficult to bear.  If we believe that tomorrow will be better, we can bear a hardship today.”

But when information is presented in this continuing negative drumbeat, hope is quashed.

Is the media guilty of intentional misdirection, (on the Fox Network, intentionally without a doubt) or simply trying to create a more sensational story of dissonance that makes for better headlines and bigger audiences than a simple, positive story.

To determine if “half empty” was a misguided observation, the Labor Tribune pulled economic stories randomly from 16 different newspapers, web sites and national television outlets reporting in June and July. The review shows that apparently pessimists are the business writers in most media outlets, OR one national news outlet that breaks the story first sets its tone and the rest, not wanting to be left behind or appear to be a less observant/interpreter of the news, follow suit.

While the overall tone of every one of the 16 stores was negative — “the glass is half empty” — here are excerpts of some of the facts the stories revealed. You make your own decision: is the information portrayed as a glass half empty or half full?

• “U.S. stock markets soared on the news. The Dow Jones Industrial Average climbed 227 points to 13,109 in mid-morning trading, its highest level since early May.”

• “Professional and business services led the job gains with 49,000 new positions, while the hospitality industry added 29,000 and manufacturing grew by 25,000.”

• “On the upside, the increase of 163,000 in non-farm payrolls was a lot better than the 100,000 rise Wall Street had been expecting. What's more, the detail was encouraging, with a hefty jump in private-sector employment and a 25,000 increase in manufacturing jobs. A modest and long overdue, but welcome, rebalancing of the U.S. economy is underway.”

• “That study determined St. Louis payrolls increased by 12,400 jobs over the 12 months beginning in May 2011… additionally (he) estimates that St. Louis has recovered 34 percent of the jobs it lost during and since the recession.”

GOING BACK TO WORK

The simple truth is that people are starting to go back to work. Certainly not fast enough but consider, it took eight years of George Bush starting two wars on a credit card (they were unfunded wars) while cutting taxes for the wealthy to dig today’s jobs loss sinkhole.

The Obama Administration has performed a herculean task to keep the recession from becoming a full-blown depression. The President is clearly not satisfied with the progress, but how much can a president do with a U.S. House of Representatives dominated by tea party radical Republicans and a Republican leader of the U.S. Senate who pledged that his number one priority was to see that Obama wasn’t re-elected?

To support his pledge, senate Republicans, despite being in the minority, have used the filibuster rule to require 60 votes on any major Presidential proposal. Their maneuvering has stopped the President’s jobs bill cold.  An overwhelming number of economists have said that had the comprehensive jobs bill passed, the growth in jobs would be much better and the economy would be on its way to a full recovery.

Instead, the Republicans have been willing to sacrifice the jobs and welfare of American families for political gain.

It’s time for the media to change and report just the news without the constant negative overtones.

And it’s time for working families to realize that since it took eight years to make the mess President Obama was left with, it’s going to take years to clean it up. At least President Obama has a fix on how to do it. And it’s working! He just needs the time!

“We've still got too many folks out there who are looking for work. We've got more work to do on their behalf,” President Obama has said over and over. Let’s give him the space, and four more years, to do it.