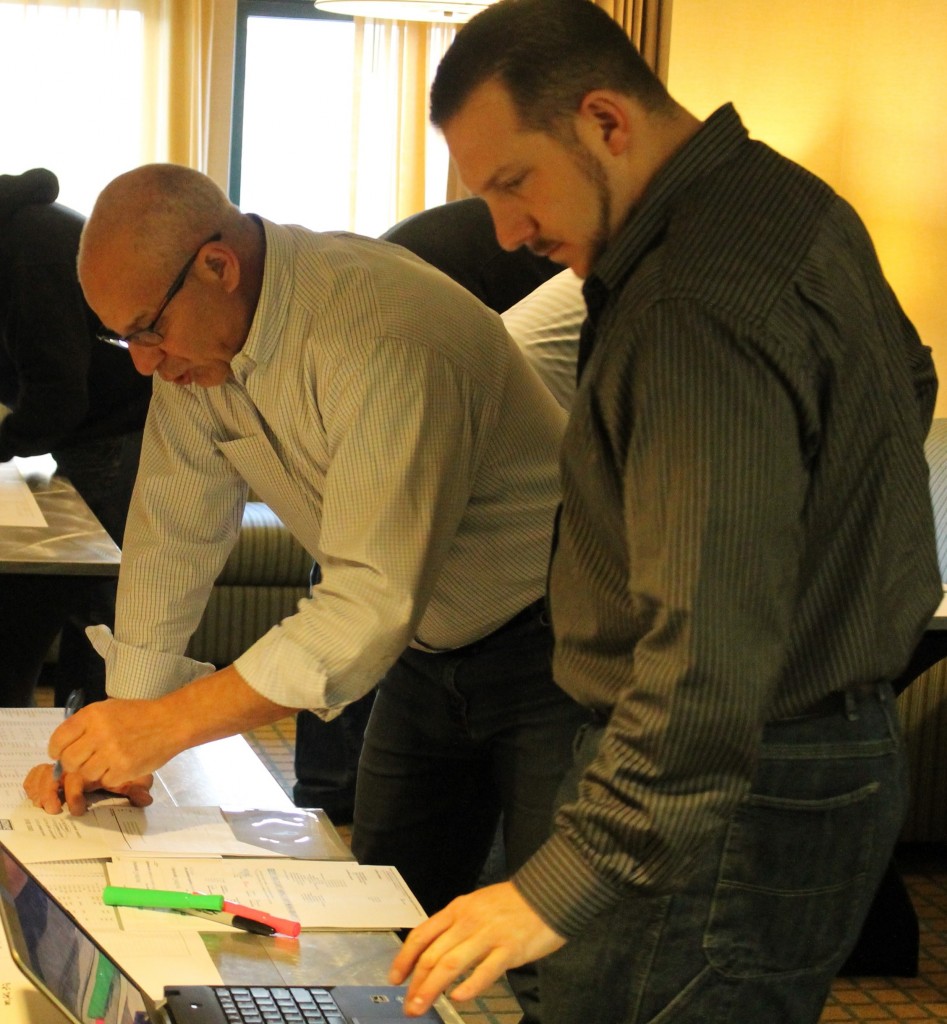 Chicago – In keeping with its vision of a rebirth of organized labor, the Labor Combat Organizing College changed it name to Labor Rising this year.

Labor Rising is organizing like it’s never been done before.   The program leverages business techniques and cutting edge technology to not just recapture but also expand and control markets.

“Organized labor cannot continue to do business the same way it has for decades and survive,” said Danny Caliendo, founder of Labor Rising and a 35-year member of Iron Workers Local 1 in Chicago.

“Our kids are losing career options and working people are losing their voice,” he continued.  “We have to turn this around, and that requires an entirely new strategy.”

Caliendo, an 11-year veteran organizer, spent years with experts analyzing organizing trends and changes in market share.   He’s adamant that unions need to invest in real change to survive.   The limited success of current tactics costs union members and their families’ opportunities and potentially their future, he says.

Labor Rising’s classes help them do that by focusing on four areas:

Bottom-up organizing still has a place in a strategy, Caliendo says, but statistically only one in seven such efforts result in a successful vote and not all of those result in a contract.  Worse, each loss has the potential to hurt the union’s image, which can negatively impact market share and influence.

Traditional top-down organizing has its place as well, he says, but these efforts can tie up organizers for years, often by management design, and can easily become bogged down with National Labor Relations Board (NLRB) complaints, wasting time and money that could be better focused elsewhere.

Strategic organizing strengthens unions and their market share to the point where non-union companies have to come to them to organize to remain in business.

It looks at past approaches and where they’ve failed as well as the ways business develop markets and customer base.

“We need to get our contractors into a position where they can be found” explains Caliendo.

An online approach that includes regular quality content and search engine optimization can position unions as the authority on their trade, helping promote their contractors and build market share as well as regain influence and impact pricing.

“With the Internet, everything is measurable and adaptable,” said Dan Woodman, Labor Rising’s technologist. Online marketing allows unions to fine tune their approach to focus on what’s working and reallocate resources from what isn’t in real time.

Today, everyone turns to Google first to research a project, business or new product, making the possibilities of online marketing endless, Woodman says.

A well-designed plan helps unions gain visibility and, properly leveraged, helps to position a union as an authority on its trade.

The most important resource of unions has always been their members.

Child labor laws, Workman’s Compensation and many other workplace protections were accomplished by the massive number of union members and supporters carrying signs in the streets, contacting their elected officials, educating neighbors and voting.

Union leadership and guidance are key to focusing these efforts, but it’s the membership who carry the ball across the goal line.

Today, there are a multitude of tools for unions to communicate with and mobilize their members, including websites, social media such as Facebook and Twitter, and smartphones.

Mass texting and emails are useful, a smartphone app designed for a local not only allows for instant communication, it empowers members to keep their union informed, better enabling the union to leverage social media to expand its message.

Corporations invest billions researching their rivals.   Unions need to do the same.

Understanding their market and knowing detailed information about their non-union competition is critical for unions to develop a successful strategy.   There’s an enormous amount of legally available information that can empower unions if they know where to find it.  Labor Rising shows unions where they can get this information and how to use it effectively.

“Fourteen months ago, we implemented a new strategy developed after attending Labor Rising’s classes that’s been very successful for us,” Beaubien said.  “In the previous five years, we hadn’t signed a single new contractor.   Since implementing our new strategy, we’ve signed two, one of which was traditionally anti-union, and we’re talking to numerous others.

“Our marketing strategy is opening new opportunities for our membership by improving our access to contractors as well as our visibility and influence in the community”.

HOW TO GET STARTED

Labor Rising holds three-day Foundation classes every month to expose union members to these new approaches, and the resources needed to help them get started.

To learn more, visit laborrising.com or contact Danny Caliendo at 630-373-0774 or Danny@LaborRising.com.